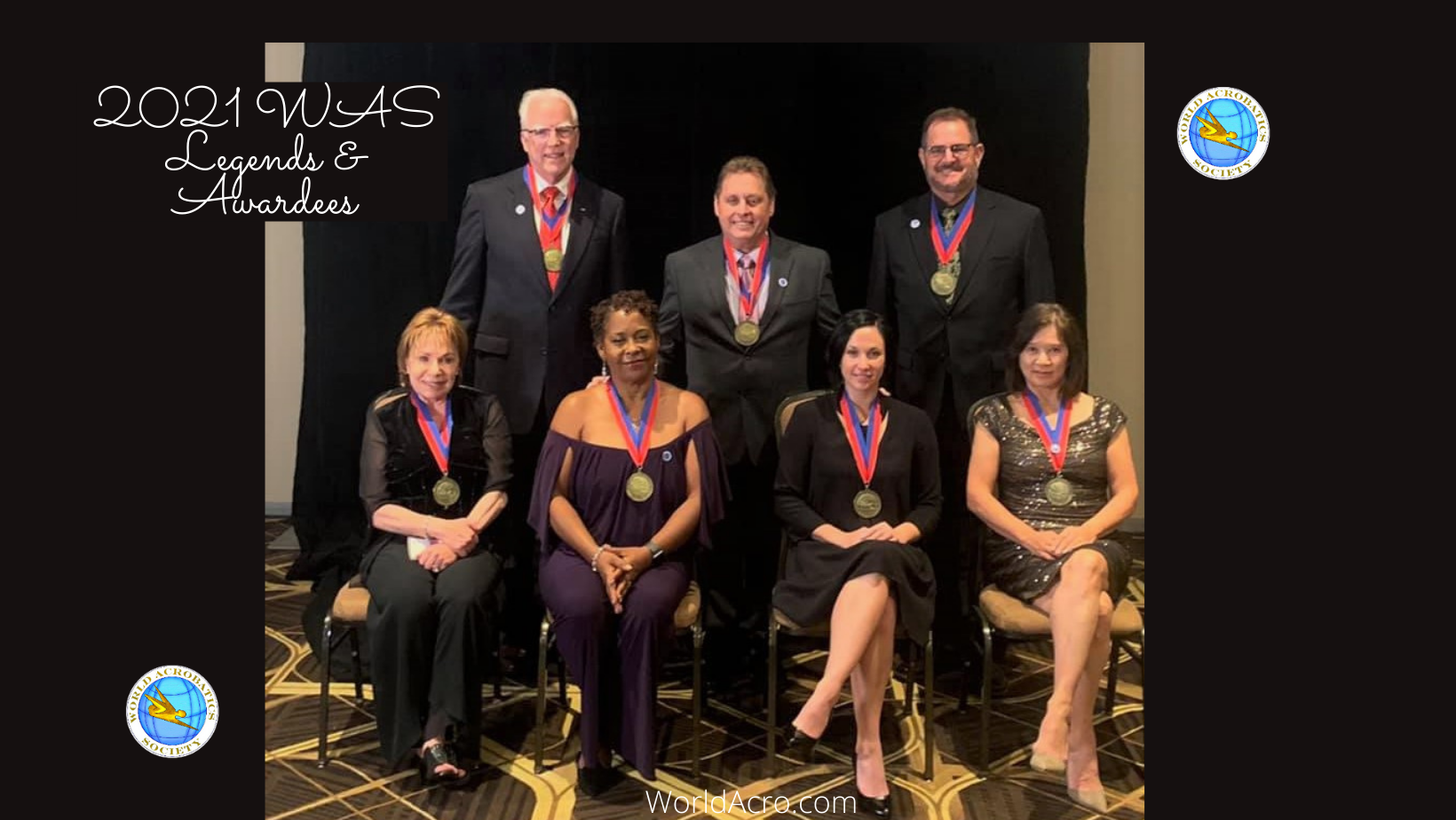 Las Vegas, NV – – The World Acrobatics Society celebrated its 25th anniversary (1996-2021) at its annual “Gallery of Legends – Hall of Fame” banquet on September 11, 2021, at the Tuscany Casino & Suites in Las Vegas. An audience of nearly 80 people led by Emcee Donny Ray Evins, former gymnast, now Las Vegas entertainer, honored the Class of 2021 inductees, who were selected for their high level of accomplishment and contributions to the acrobatic community.

Including these ten honorees, the WAS Gallery of Legends – Hall of Fame has inducted 307 individuals from around the world.

These outstanding individuals have been selected for their excellence in their specific disciplines, with many continuing to stay involved in a professional and exemplary manner. In addition, they have contributed to society and the growth of acrobatics on a national and worldwide basis.

The major acrobatic disciplines recognized by WAS include: