Skip to content
You are here
Home > Trampoline > Tokyo 2020 in Review: Trampoline 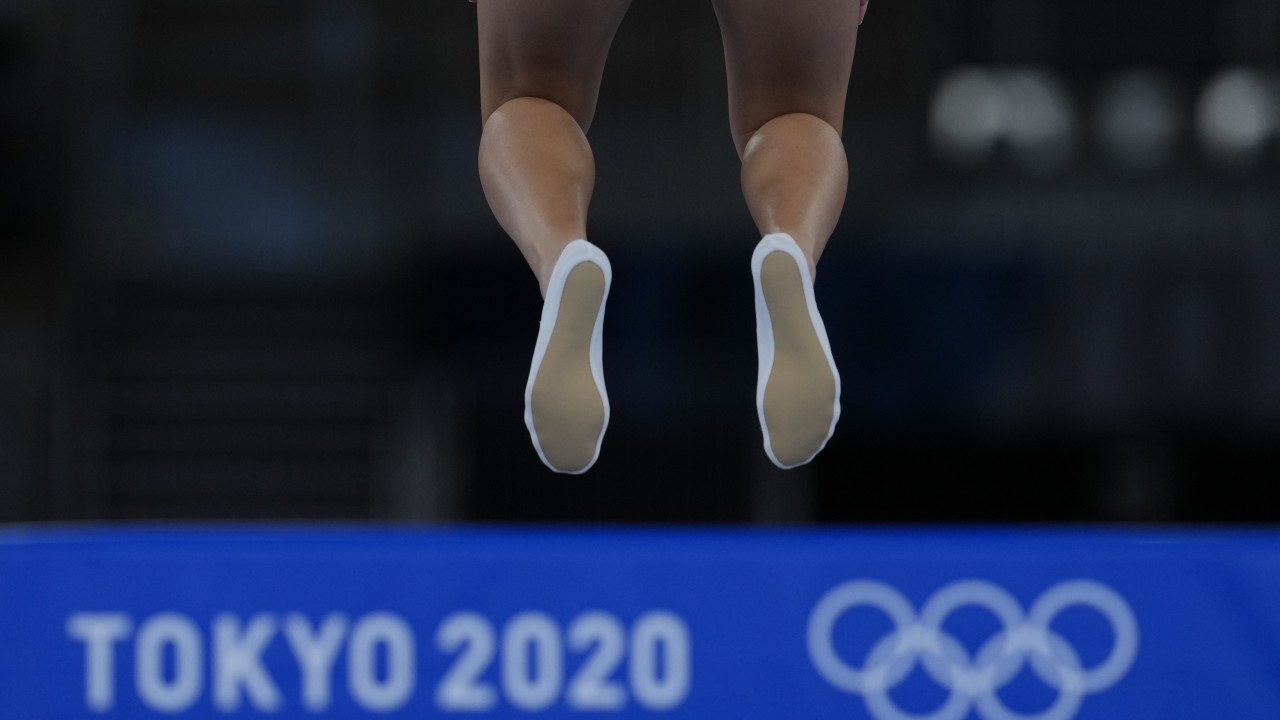 The Olympics are over and the champions have won their gold medals. Congratulations to the 2020 Olympic Men’s Trampoline Champion, Ivan Litvinovich from Belarus, whose astounding heights propelled him to a win, and the 2020 Olympic Women’s Trampoline Champion, calm and consistent Xueying Zhu from China. Their performances were spectacular and their wins are in the history books.

On the Men’s podium, it was the first time that the gymnasts were represented from three different countries, no country won more than one medal this year. Litvinovich from Belarus was on the top, while Dong Dong from China stood very close to him with a silver medal and Dylan Schmidt from New Zealand earned the bronze. The veteran of the victory stand, Dong Dong collected his fourth Olympic medal – now owning one gold, two silvers and a bronze. Long deserved, Schmidt made New Zealand proud by winning their first ever Olympic medal in Trampoline with his clean and strong lines.

Belarus gymnasts won gold medals in the Olympic Men’s Trampoline two Olympiads in a row. Litvinovich was preceded by Uladzislau Hancharou, who won the 2016 gold in Rio and placed 4th in Tokyo.

The Women’s podium gave history something new for the books, too. It was the first time one country won the top two spots. Chinese gymnasts won the gold and silver. The silver medal hung around Lui Lingling’s neck, seven years after she won the 2014 FIG World Trampoline Championships for Women as a 19-year old newcomer to the international scene. Her impeccable final routine scored just shy of her teammate Xueying Zhu’s.

Standing on the podium with the two Chinese standouts was UK’s Bryony Page winning her second Olympic medal in her career: silver in 2016 and bronze in 2020(21).

Let’s talk about the rest of the finalists. Two-time Olympic Champion Rosie MacLennan from Canada was pushed off the podium this Games barely missing the chance to win bronze. Dafne Navarro Loza was the first gymnast from Mexico to make finals in an Olympic Trampoline event, placing 8th. Nicole Ahsinger, only the second American woman to make finals in a trampoline event in the Olympics, matched the US record by placing 6th this year, like her hero and former teammate Savannah Vinsant Thompson did in London in 2012.

Rounding out the Women’s finals were Megu Uyama from Japan who placed 5th and Susana Kochesok representing the Russian Olympic Committee took the 7th spot.

Not in finals was the current Women’s World Champion, Hikari Mori from Japan, due to a heartbreaking crash in front of her home crowd in the qualification round. She wasn’t alone. Another world champion also crashed in the qualification round. The venerable 4-time world champion and 2016 Olympic bronze medalist Gao Lei from China didn’t get through the first half his routine before his fate landed on a crash pad.

Gao Lei may not have made finals, but bronze medalist from 2012 Dmitri Ushakov from ROC did, placing 5th this year, followed by his teammate Andrey Yudin who placed 6th. Japan’s Daiki Kishi had the 7th highest final score and Australia’s (always smiling) Dominic Clark ended up 8th.

A most important observation from this exciting competition is that nearly every gymnast in the bottom 16 in both the Men’s and Women’s events could have also been a medalist if they had a better day. Trampoline is well known as a fickle sport. Even the smallest infraction can be a disaster. Within seconds, it can be over. Our hearts break for the unlucky but just as much, our hearts are delighted for the Champions.

Thanks to all the competitors for giving their fans a great show, yet again. We only have to wait three more years or the next Olympic extravaganza.

** Watch full coverage of the Trampoline events at the Tokyo Olympic Games via a recording of your national television coverage. If you are in the United States, the link is: NBCOlympics.com/trampoline.

** In addition, YouTube is full of videos of individual routines and/or finalists, depending on what country you live in.

** Hopefully, you can see this one: The Story of Trampoline at the Tokyo Olympic Games