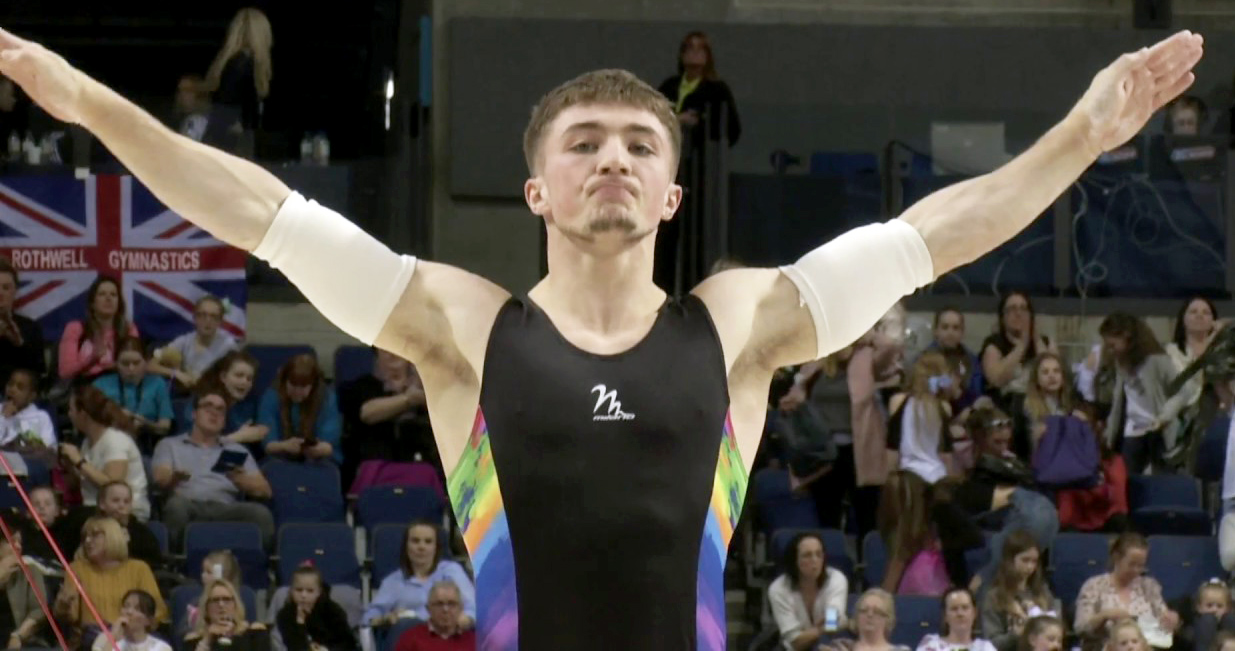 Eight years ago, British gymnast Sam Oldham appeared to be on top of the world. He, along with Louis Smith, Max Whitlock, Kristian Thomas and Daniel Purvis, had won Great Britain’s first ever gymnastics Olympic team medal when they took bronze at London 2012.

But everything was not as well as it seemed, explained Oldham as he opened up about his battle with depression following the announcement that he will retire from competitive gymnastics after the Tokyo 2020 Olympic Games.

There is no doubting that what the Nottingham gymnast and his team-mates did was a great achievement for themselves personally, but also for gymnastics in Great Britain.

However, despite the euphoria, Oldham’s thoughts were on his unexpected fall from the high bar, and it is an emotional memory that is still on his mind as he begins to reflect on leaving from the sport.

“It was my best event, the one I was there to compete for,” he said. “I was last to compete on the parallel bars and I got our best score, but we flipped straight to high bars and I had to run to get my hand guards on.

“I was panicking and I split my thumb open, and there was blood all over my hand guards. I was trying to keep calm but I was 19, there were 20,000 people watching, my family in the audience, I couldn’t see my coach.

“So I fell. My fingertips caught it but I fell. I finished my routine and finished it well. I got 14, which is still a really good score on the high bar.

“But my life just crashed in an instant. I couldn’t help thinking I’d just cost my country a first Olympic medal in 100 years and we might never get the opportunity again.

“For the two years after that I beat myself up and when I saw the medal I really struggled with it, because all the people around me were on cloud nine and I felt awful, like I didn’t deserve my medal, and I felt a lot of pain about it.”

Oldham has had a rollercoaster few years. He was expected to peak and possibly medal at the Rio 2016 Olympics, but, two years earlier, he suffered a serious ankle injury at the Commonwealth Games in Glasgow. He then narrowly missed out on a place in the Great Britain Olympic squad.

On top of these, Oldham lost his place in the GB squad for 2019. These disappointments left him fearing for his mental health and so he sought therapy.

“There were a lot of things that led up to that moment,” said Oldham, who was speaking as part of the Sky Sports Scholars initiative. “Sport can be incredibly tough and from a very young age I set the benchmark incredibly high.”

But it wasn’t until last year when “I got taken off the GB squad and I had to move back in with my grandparents” that Oldham realised that he needed help.

“I wasn’t getting any money and I’d been doing this for 20 years, so my self-worth was incredibly low.

“Luckily I had the self-awareness to ask for help. Now I’m in an incredible place.

“I know now I don’t want to take that risk with my mental health and go down that dark path again.

“Now as I come to the end of my career my biggest target is to have a positive experience this summer.”