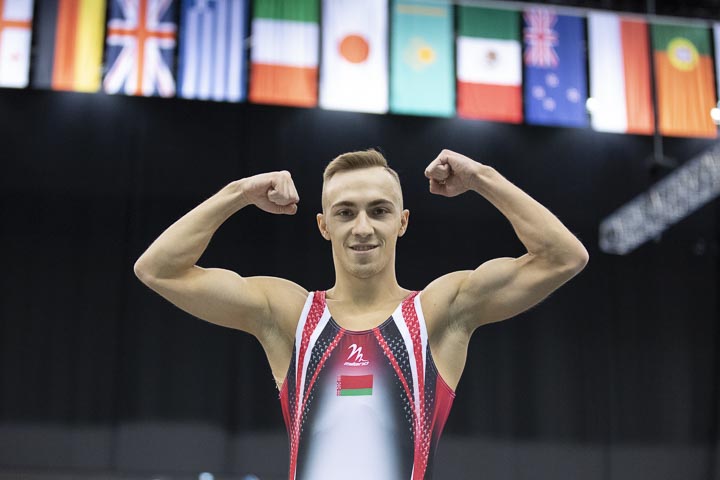 The Belarusian achieved a combined score of 114.655 points to secure his place in the final as the best of the eight qualifiers at the National Gymnastics Arena.

Hancharou’s Belarusian team-mate, World Championship silver medallist Ivan Litvinovich, continued to show his rise through the men’s ranks is not fluke with a placed third in qualification on 113.190.

Despite finishing in third, Olympic bronze medallist Li Dan will not compete in the final due to the fact that each country can only have two gymnasts in the final.

Double Olympic champion Rosie MacLennan of Canada also misses out on the final after finishing the qualification round in 14th.

United States’ Hope Bravo led women’s tumbling qualifying with a score of 65.400, with France’s Emilie Wambote and Candy Briere-Vetillard rounding off the top three on 65.100 and 64.900.

Kaden Brown led men’s qualification with the American achieving a score of 73.500.

Australia’s Ethan McGuinness placed second on 72.400, while Aleksandr Lisitsyn of Russia was third on 71.700.