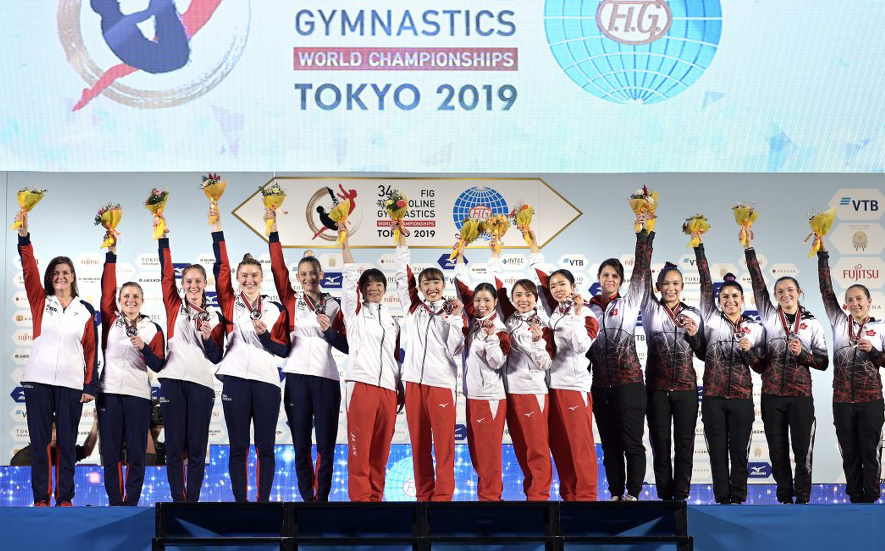 Over the years, the Chinese have appeared to be unbeatable in the men’s trampoline event.

But this proved not to be the case at the Ariake Gymnastics Centre in Tokyo as Belarus sprung a surprise to claim the men’s team title at the Trampoline World Championships.

This was the first men’s team gold for Belarus in 25 years, after edging out the Chinese by 0.04.

Uladzislau Hancharou said: “We really wanted to win but to tell the truth, [but] we thought they were too strong, so it was a real surprise,” Hancharou added.

The Olympic champion led the way for Belarus by posting a score of 61.490 points, which gave his team a 1.270-point lead after the first set of gymnasts had performed. This lead proved to be enough, despite the valiant efforts of Tu Xiao, Dong Dong and Gao Lei.

In the women’s event, Japan gave the host nation something to cheer about by winning the women’s team event.

Hikaru Mori, 21, anchored the hosts to a first ever women’s trampoline team gold – just 12 months after she, together with partner Megu Uyama, won Japan’s maiden world title with in the synchronised event.

Great Britain, meanwhile, dominated both the men’s and women’s tumbling events from start to finish.

Having won every women’s world team tumbling title since 2011, China were the favourites to claim the title, but without their superstar Jia Fangfang, they had no answer to the stellar performances of GB’s Shanice Davidson, Aimee Antonius and Megan Kealy.

Their GB team-mates Kristoff Willerton, Elliott Browne and Jaydon Paddock secured a similar result by holding off Russia. France and USA were third in the women’s and men’s event respectively.

In the double mini trampoline competition, there was no one who could wrestle the trophy away from the Russian men’s team. As always, the defending individual champion Mikhail Zalomin was the lynchpin of the team.

The United States were second, with Portugal in third.

The team from the United States, led by Tristan van Natta, won the women’s event. Great Britain and Russia received the silver and bronze medals respectively.