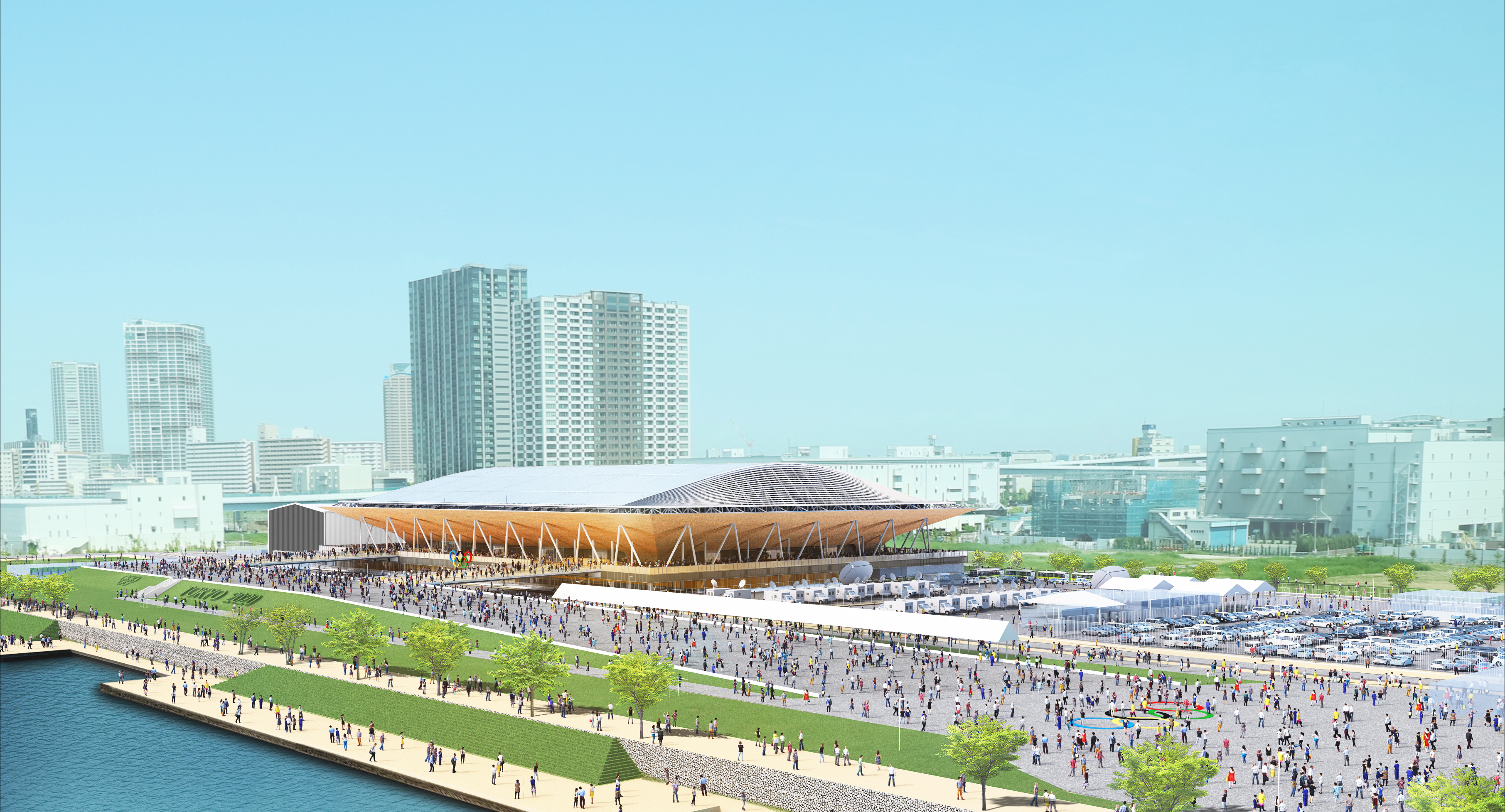 A custom-built $188 million gymnastics venue inspired by traditional Japanese building techniques and using wood from around the country was unveiled by organisers of the Tokyo 2020 Olympics.

The futuristic-looking Ariake Gymnastics Centre in central Tokyo uses 2,300 cubic metres of wood and is intended to hark back to methods that predate the use of modern construction materials in Japan.

The structure features a gently undulating roof, with external walls constructed from lengths of cedar wood.

Supporting rods allow the building to look from a distance as though it is suspended in the air.

Organisers said it was intended to look like a “a wooden bowl, floating in the bay area”.

The building, one of a handful custom-built for the Games, “symbolises Japan’s wood culture and viewers can feel its simple beauty”, the organisers said.

“We’re using a lot of wood,” venue general manager Koichi Fukui told reporters. “We can smell wood and feel the warmth of wood,” he said.

Built at a cost of 20.5 billion yen, the venue features a domed ceiling constructed from Japanese larch with no steel framework and is among the largest of its kind in the world.

The venue can seat 12,000 spectators on long benches around the space, and will host Olympic artistic, rhythmic and trampoline events, as well as Paralympic boccia.

The main Olympic stadium designed by renowned Japanese architect Kengo Kuma also heavily features the use of wood in a nod to traditional techniques.

The gymnastics venue is a temporary site, which is expected to be converted into an exhibition centre after the Games.

Organisers say they plan to repurpose some of the wood from the site, including the benches, in the exhibition centre and other sites including schools.