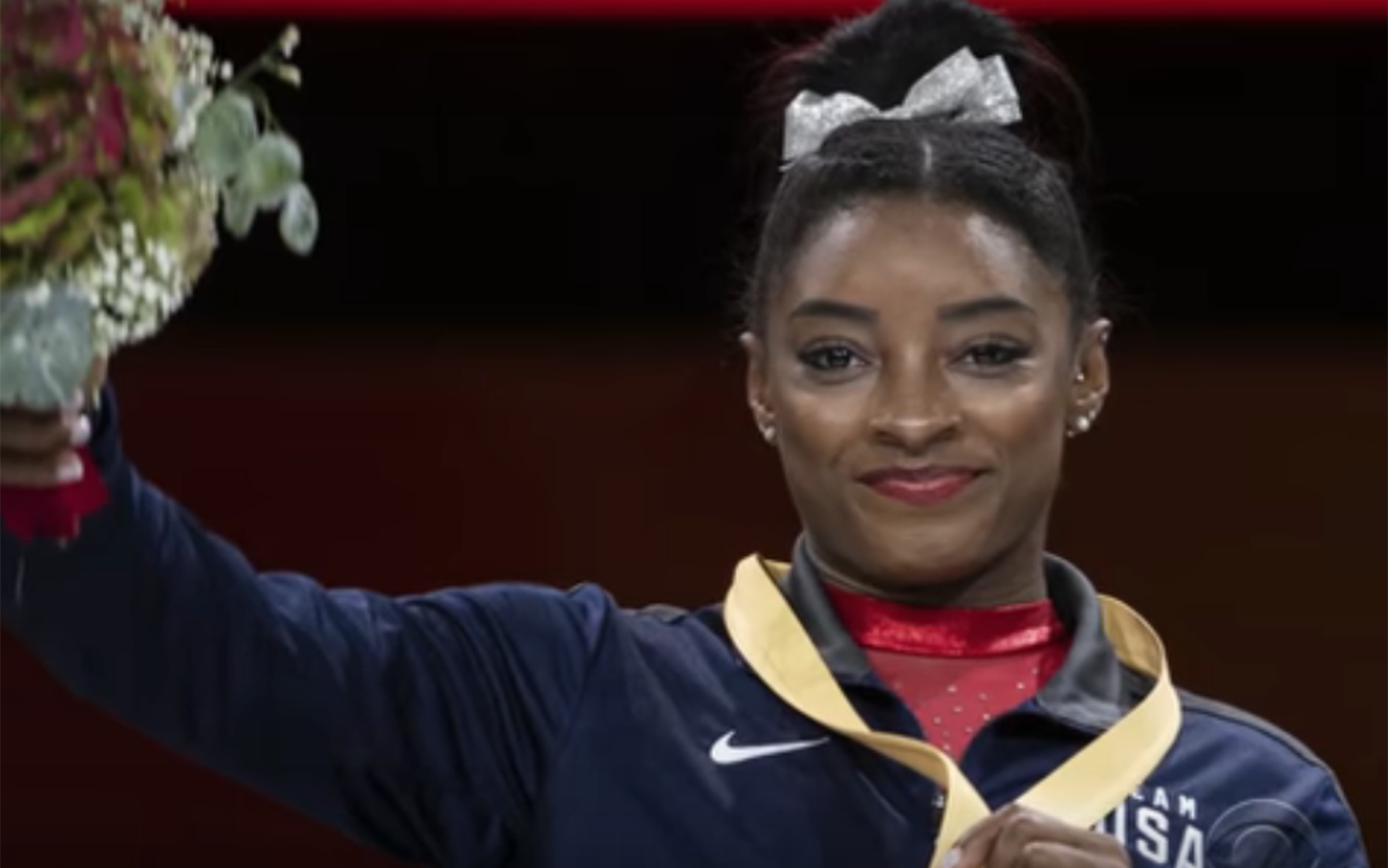 After  becoming the most decorated gymnast in history, Simone Biles can do whatever she wants.

So what is next for the US gymnast?

We already know that the next stop for her is Tokyo for the 2020 Olympic Games. But, with sprinter Usain Bolt and swimmer Michael Phelps both retired, Biles is sure to be the face of the Games.

“She’s just above anything else that we have seen in the sport,” five-time Olympic gold medallist Nadia Comaneci said of Biles, praising “the domination that she has toward all the other gymnasts that competed here.”

Biles has not just got the talent. She’s got the character of an Olympic star.

“You can have legends confirming their status as we have just seen with Simone Biles, this amazing performance there on the beam, but you also have new stars,” he said.

“Gymnastics has all the ingredients to be top another time, I must say. A top Olympic event in Tokyo.”

Labelling her “wonder woman” and “a hero,” FIG president Morinari Watanabe is keen for Biles not to retire after the Tokyo Olympics. “I hope she will continue after 2020, because she is an excellent athlete,” he said.

Few disagree, but Biles hasn’t yet won everyone over.

“There’s no need to turn her into some unbeatable queen. If I was 15 years younger, I’d definitely take the fight to the American,” the Russian gymnast Svetlana Khorkina said in comments on the Russian Olympic Committee website.

Khorkina won 20 world championship medals between 1994 and 2001 and held the women’s record until Biles overtook her.

One record is likely to remain out of Biles’ reach, however. Soviet gymnast Larisa Latynina won a record 15 Olympic medals between 1956 and 1964. Biles won five Olympic medals in Rio de Janeiro, and could add six more next year in Tokyo, but appears highly unlikely to stick around until the 2024 Olympics.

However, there’s another record to aim for. Matching her world championship performance would make Biles the first female gymnast to win five gold medals at a single Olympics, and the first female athlete to do so in any sport since East German swimmer Kristin Otto in 1988.

After Biles pioneered a new beam dismount and triple-double on the floor this season, her coach Laurent Landi says he favours refining her existing routines for the Olympics over adding yet more upgrades.

“I can find plenty of (upgrades), but you need to be realistic and only the medals count at the end,” he said. “We don’t need to show off everything we can do.”