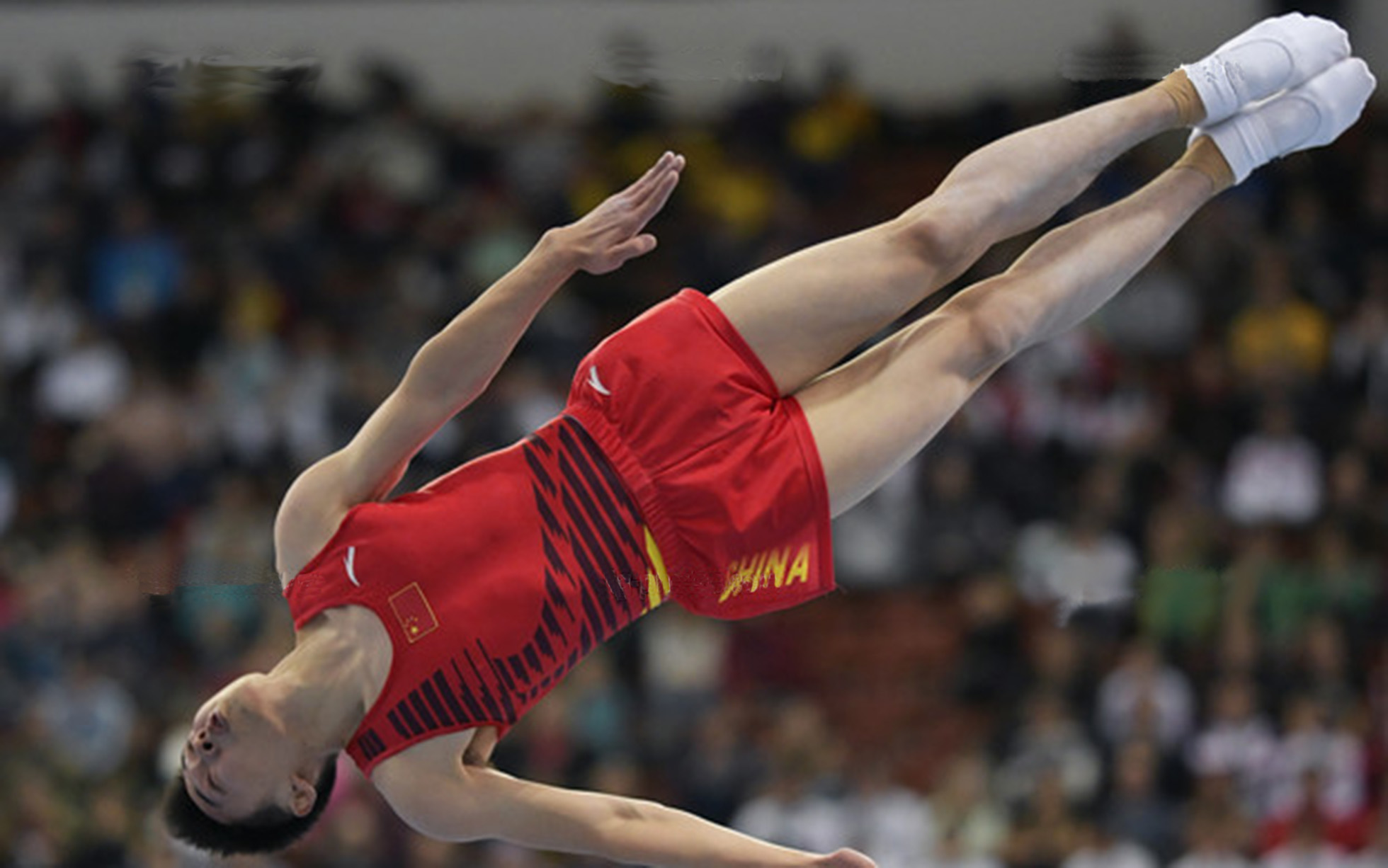 Gao Lei bounced back from the recent disappointments in emphatic style by winning gold in the men’s individual event in Khabarovsk.

Having not qualified for the finals in Baku and Minsk, the three-time world champion made sure that there was no repeat by winning at the third trampoline world cup of 2019.

The Chinese trampolinist, who led after the qualifications, scored 61.895 in the final to win at the Platinum Arena in Russia.

Olympic champion Uladzislau Hancharou of Belarus, who challenged Gao at every stage of the competition, finished just 0.035 behind in second place with a score of 61.860.

Yana Pavlova gave the home crowd something to else to cheer about in the woman’s trampoline event when she claimed the gold medal with a score of 56.600.

Japan’s Hikaru Mori was narrowly beaten to gold by margin of just 0.05.

The USA sprung a surprise in the men’s synchronised trampoline event. Jeffrey Gluckstein and Aliaksei Shostak secured their first world cup victory with a score of 52.540. As a result, Hancharou and team-mate Aleh Rabtsau finished with the silver medal, with a score of 52.070. Japan’s Daiki Kishi and Ryosuke Sakai (50.790) were third place.

The ladies event saw Japan leap to the top step of the podium. Yumi Takagi and Ayano Kishi scored 49.240 to hold off the challenge of Australia’s Lauren Sampson and Jessica Pickering. The Australians’ silver is their first world cup medal. There was also a first for Léa Labrousse and Marine Jurbert of France, their bronze saw them achieve their first time on the podium this season.

The event in Russia is the first world cup to include DMT and tumbling alongside the individual and synchronised trampoline.

In the Tumbling competition, Russia was denied a home country win in the men’s final by Azerbaijan’s Mikhail Malkin, who scored 76.300. But the host nation finished with Maksim Riabitkov and Maxim Shlyakin in 2nd and 3rd. It was a similar story in the women’s event, where China’s Jia Fangfang claimed gold, ahead of Russia’s Viktoriia Danilenko with her team-mate Elena Krasnokutckaia in 3rd.

Russia’s Mikhail Zalomin showed why he is a dominant force in the men’s DMT event by winning the event. Zalomin’s score of 78.100 meant that he finished 4.400 ahead of Portugal’s Diogo Carvalho, with Aleksandr Odintsov of Russia 1.0 further behind in 3rd.

Lina Sjoeberg of Sweden showed that preparations for her defence of the world title defence that she won in St Petersburg are going well by securing the gold with a score of 71.600. Russia’s Aleksandra Bonartseva and Bronwyn Dibb of New Zealand, who qualified in first and second place for the final, finished in second and third.