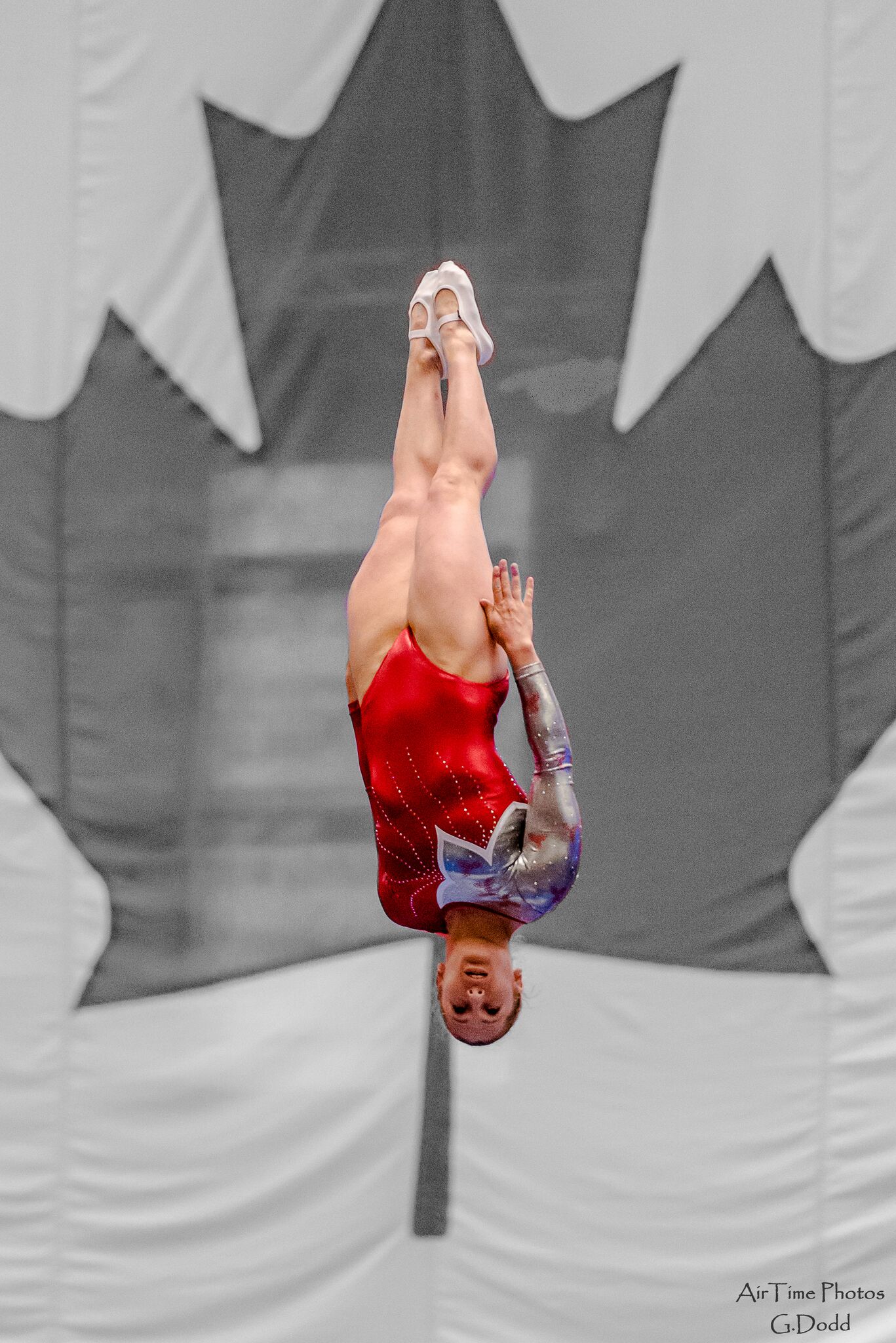 In the very competitive events, Chartier and Smith, led the field in finals against trampoline gymnasts from the US, Mexico, Columbia, Brazil, Dominican Republic and Argentina. Smith’s time-of-flight and travel scores gave her the advantage, giving her the lead of nearly 1.12 points over American Nicole Ahsinger. The difference between 2nd and 4th place was only .42 points. Bronze was won by Dafne Navarro Loza from Mexico and 4th place was won by Jessica Stevens of the US.

If the women weren’t competitive enough, the top 4 men in the Individual Men’s competition were separated by .315 points. Chartier landed on top followed by Jeffery Gluckstein from the US, matching his brother, Steven Gluckstein, who won silver medalist in the 2015 Pan American Games. Directly behind Gluckstein was teammate, 18 year-old Rubin Padilla. Angel Hernandez of Columbia landed in forth with an impressive routine.