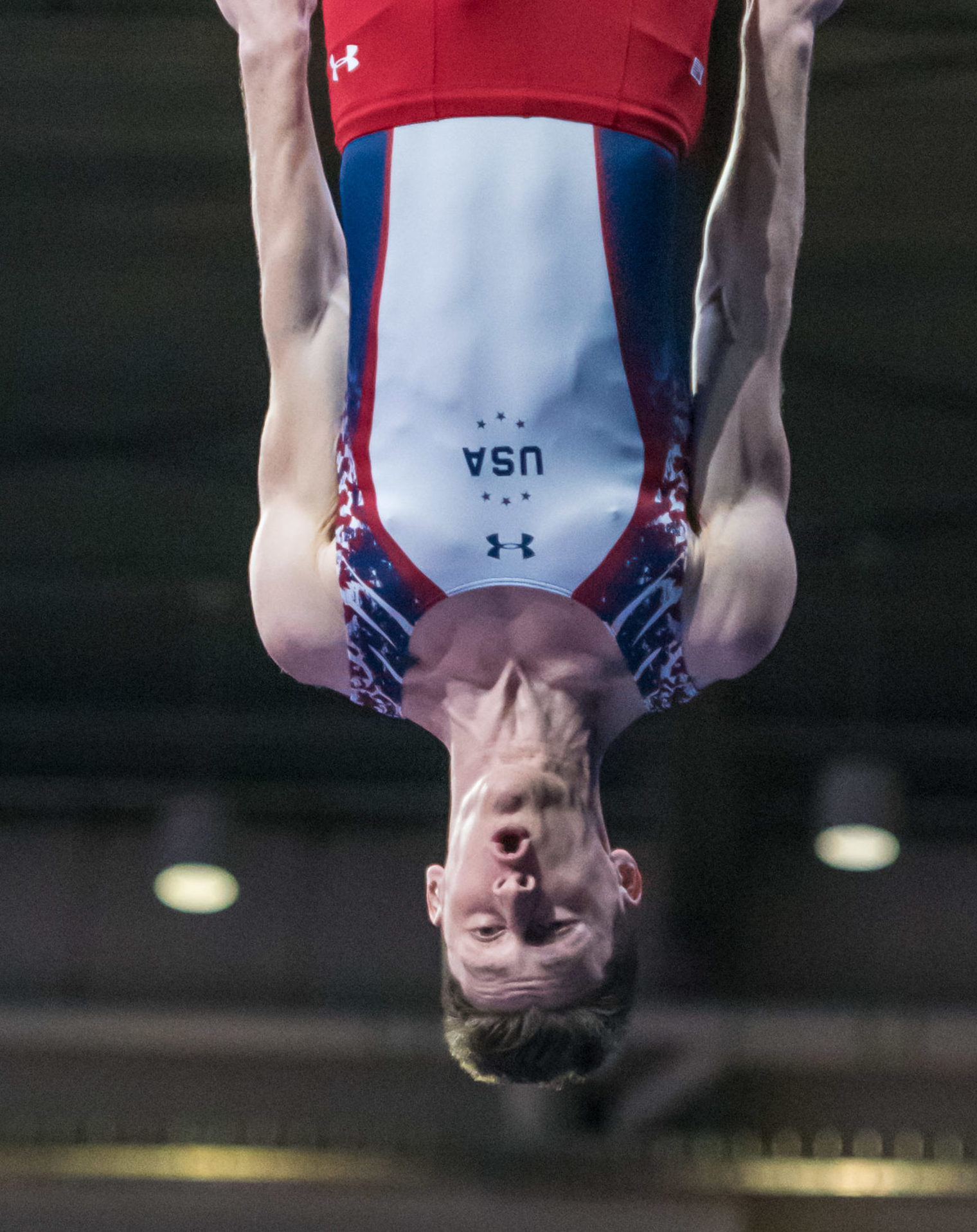 Iowa is the birthplace of the first competitive trampoline, built by George Nissen at the Nissen Trampoline Factory several decades ago. This year, 2019, it is the host of the USAG National Championships for Trampoline, Tumbling, Acrobatic Sports and Rhythmic Gymnastics held at the Wells Fargo Arena in Des Moines last week. The event was not only significant because it crowned newly minted US National Champions, it was also the team trial competition for the 2019 Pan American Games in Lima, Peru, July 27-31.

In a strong field of competitors, the young, up-and-coming competitors met the steady, stalwart Champions – and both prevailed. Great examples were demonstrated in the Senior Level Individual trampoline events. Jeffrey Gluckstein held his own, winning gold for the third time – and the 11th time for one of Gluckstein brothers – maintaining the Steven and Jeffery tradition. To win, he had to out-perform the stunning final routine by silver-medalist Alexai Shostak, but he rose to the occasion.

However, a new Women’s Champion was awarded the gold. Jessica Stephens’ strong, clean routines edged past champions Nicole Ahsinger and Charlotte Drury. After her win, Jessica was quoted, “I still can’t believe it. I’m in shock. I’m so happy right now,” adding, “I remember when I was younger and a junior elite and watching Charlotte and Nicole, and wanting to be just like them.” Today, she is.

The US Team selected to compete at the Pan American Games in Lima, Peru were selected by the results of the preliminary competitions. The US Team will be:

The Senior Champions are:

For photos and videos: https://www.usagymchamps.com/photovideo/