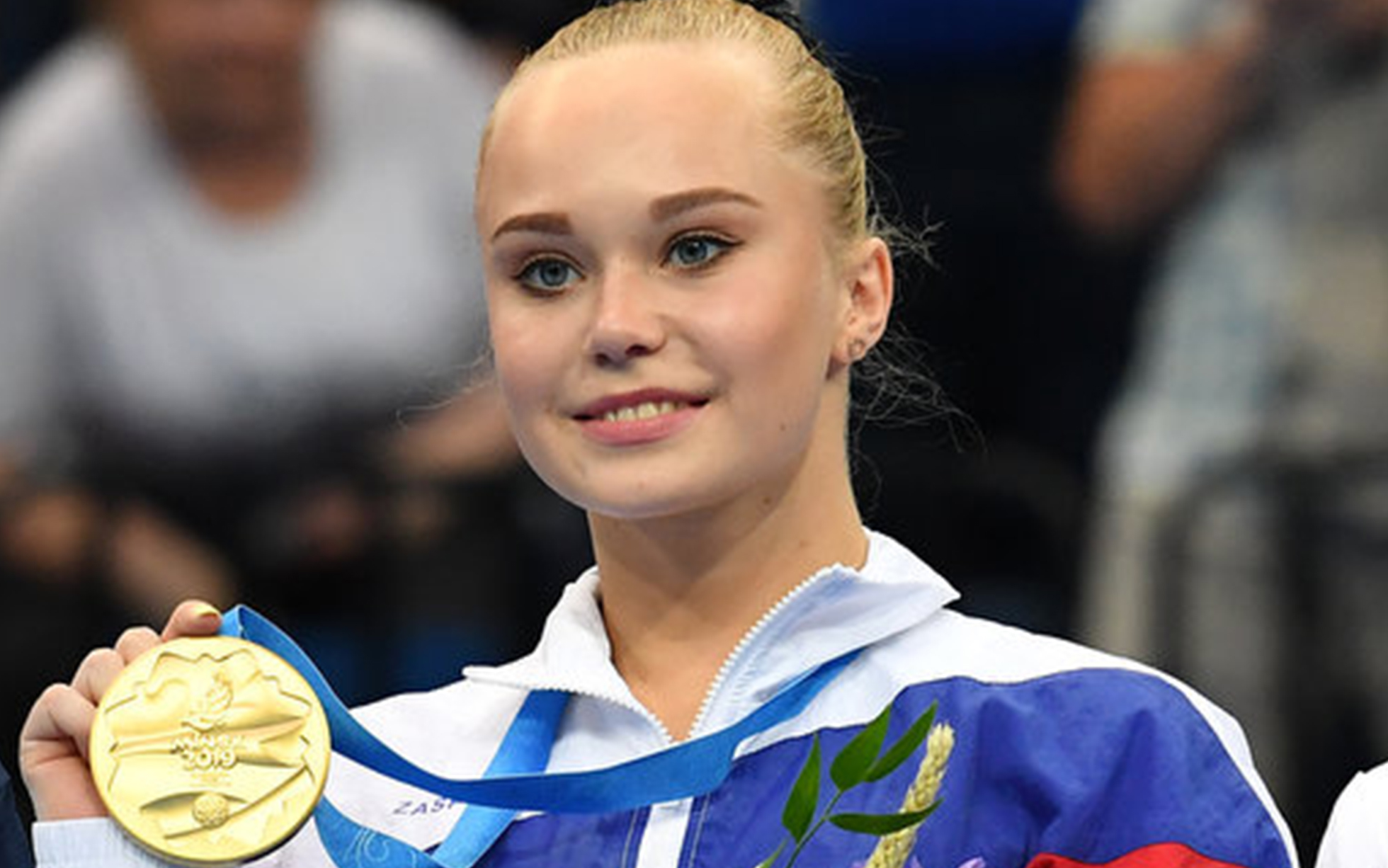 Angelina Melnikova was the star of the artistic gymnastics show walking away with three medals, one gold and two silver, in the apparatus finals.

From the moment she started on vault, the Russian gymnast looked calm and as she began winning her medal, the smiles got bigger, there were giggles and even waves to the crowd.

She said she felt relaxed in the apparatus finals as she had nothing to lose.

“Today was a great, calm day,” said Melnikova, who won gold on the uneven bars and silver medals on vault and balance beam. I didn’t feel nervous at all.

“After the all-around finals, I felt great because I could proudly say that I achieved my goal. I won the gold medal.”

The 18-year-old said she couldn’t be happier with her medal collection at the Minsk 2019 European Games.

“I have worked hard on improving my beam combination, so I could not be happier that all of my work has paid off,” she said.

It was in uneven bars where she won the gold medal after Derwael, the world champion on beam, fell and finished fourth.

Derwael said she didn’t know what happened. “One moment I was in the air and the next moment I was on the ground,” she said with a laugh.

“I was just lying there thinking, ‘Oh my god, what happened?’.”

Russia’s David Belyavskiy won the gold medal in men’s pommel horse and his team-mate Dmitrii Lankin won the silver in men’s vault taking the Russian medal haul for the day to five.

In addition to the medals Melnikova said her lasting memory of the 2nd European Games will be the atmosphere in Minsk Arena.

“The best thing I will remember about these Games is the crowd,” she said. “It was cheering so loudly for us. I loved it so much.”