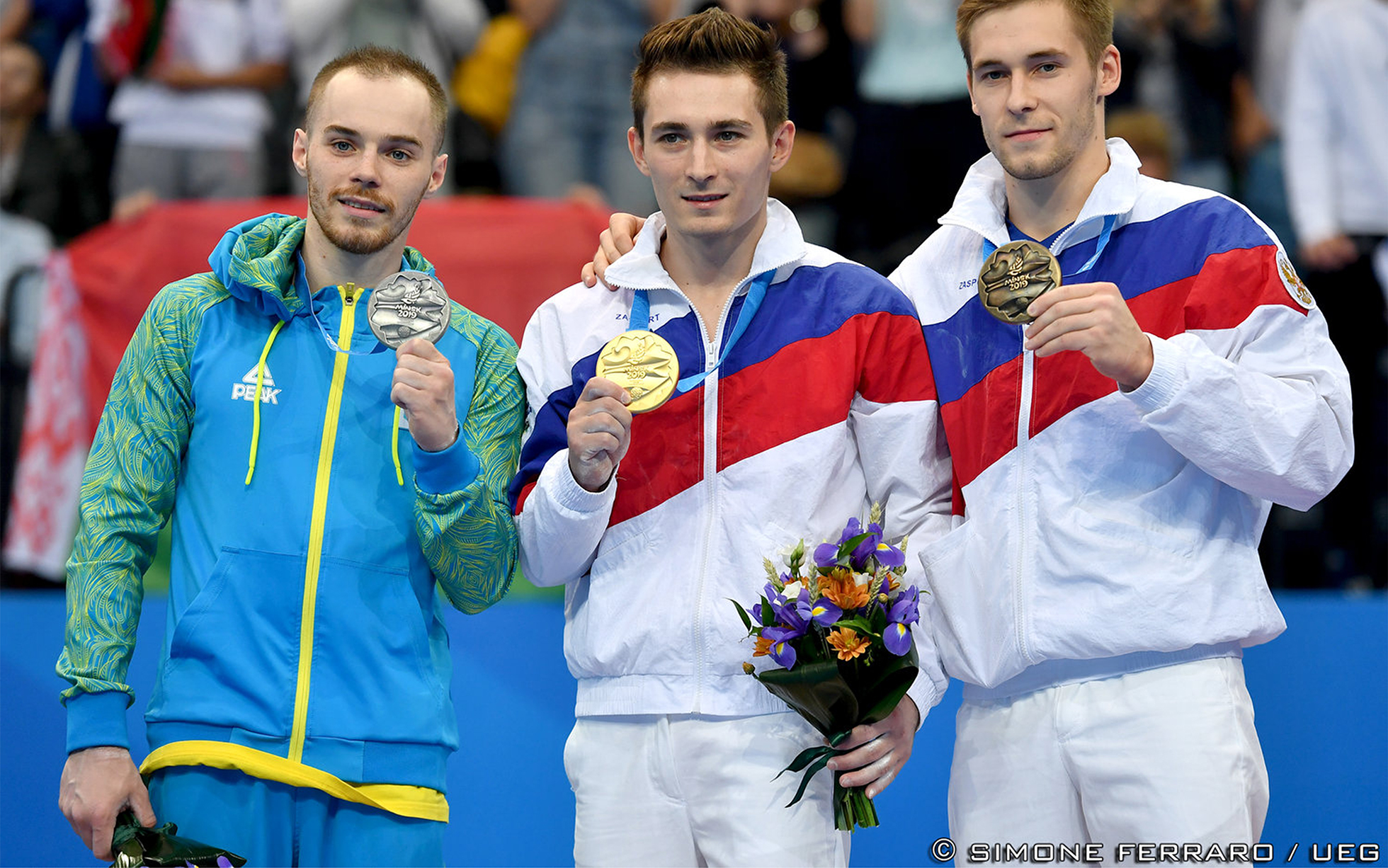 After a disappointing eighth-place finish in the qualifications, defending champion Oleg Verniaiev regrouped to win the men’s all-around silver medal at the Minsk 2019 European Games.

The 25-year-old, who won all-around silver and parallel bars gold at the Rio 2016 Olympic Games, said injuries are taking a toll on his body after years of competing.

“I started to feel like an old man after Rio,” he said.

“Everything aches, everything breaks. It’s much harder than it was before, but we still hold on and try to fix everything.”

Verniaiev had to pull out all the stops after falling on the dismount on rings, sending him plunging down the rankings.

In the end, Russia’s David Belyavskiy, who performed a solid routine on horizontal bar, clinched the gold medal.

“That’s the most important medal for me. The gold in the European Games in Baku was for the team, but this one is my personal achievement.”

The final podium place went to Belyavskiy’s Russian compatriot, Vladislav Poliasho, who finished 0.168 points behind Verniaiev and picked up the bronze medal.

Russia were also victorious in the women’s all-around final, with Angelina Melnikova winning the title.

The 18-year-old, behind silver medallist Lorette Charpy of France after the third rotation, pulled through on her final routine, floor exercise, to move past the Frenchwoman and win her first European Games title.

Although Melnikova said she was happy that she managed to make it though the all-around final without any major mistakes, she was more concerned about the Russian men.

“I am always very anxious about their results more than I was about my own,” she said. “My palms were even sweating.”