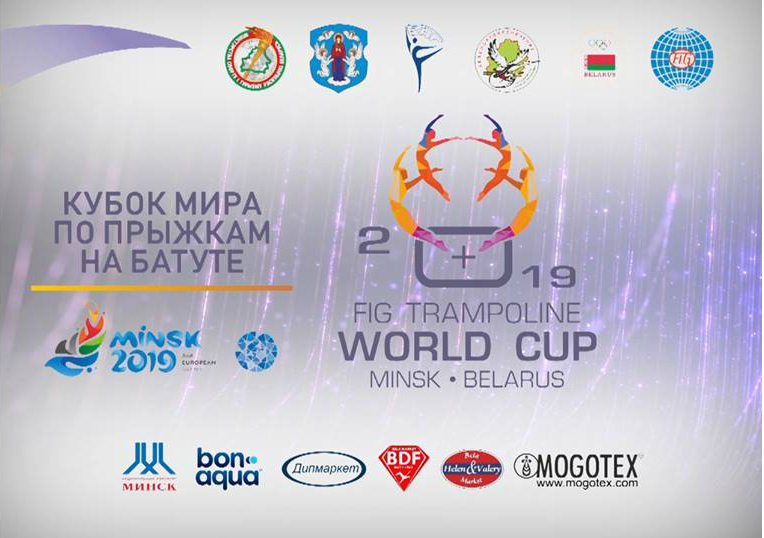 Mikhail Melnik jumped to the top of the pack to take gold in the men’s individual event at the second trampoline world cup of 2019 in Minsk.

Having entered the final in 5th place, the Russian trampolinist scored 61.045 points in the final to win at the Minsk Arena in Belarus.

Andrey Yudin, who was in the lead following the qualification round, finished with a score of 60.750 points and the silver medal to complete a Russian one-two.

Olympic champion Uladzislau Hancharou of Belarus was denied a fairytale finish in his home world cup, and took home the bronze medal.

World championships bronze medallist Yana Pavlova of Russia took the silver medal with a score of 56.130 points, while China’s Lin Qianqi claimed the bronze with 56.125 points.

Great Britain’s Bryony Page and Laura Gallagher entered the final in 7th and 8th, before finishing the competition in 5th and 6th respectively.

It was a Belarus at the double in the synchronised trampoline event as the home nation won both events.

In the men’s competition Uladzislau Hancharou and Aleh Rabtsau took the title with a score of 52.700 points. They were followed by Sebastian Martiny and Pierre Gouzou of France 50.640 points. Just 0.08 separated silver and bronze, and the third place was claimed by Kazakhstan’s Pirmammad Aliyev and Danil Mussabayev (50.560 points).

The ladies event saw Belarus on the top step of the podium, with Maryia Makharynskaya and Valiantsina Bahamolava, who scored 48.170 points. Yumi Takagi and Ayano Kishi of Japan were close behind in second place, with a score of 47.640 points. New Zealand’s Alexa Kennedy and Madaline Davidson secured the bronze medal after scoring 47.170 points.