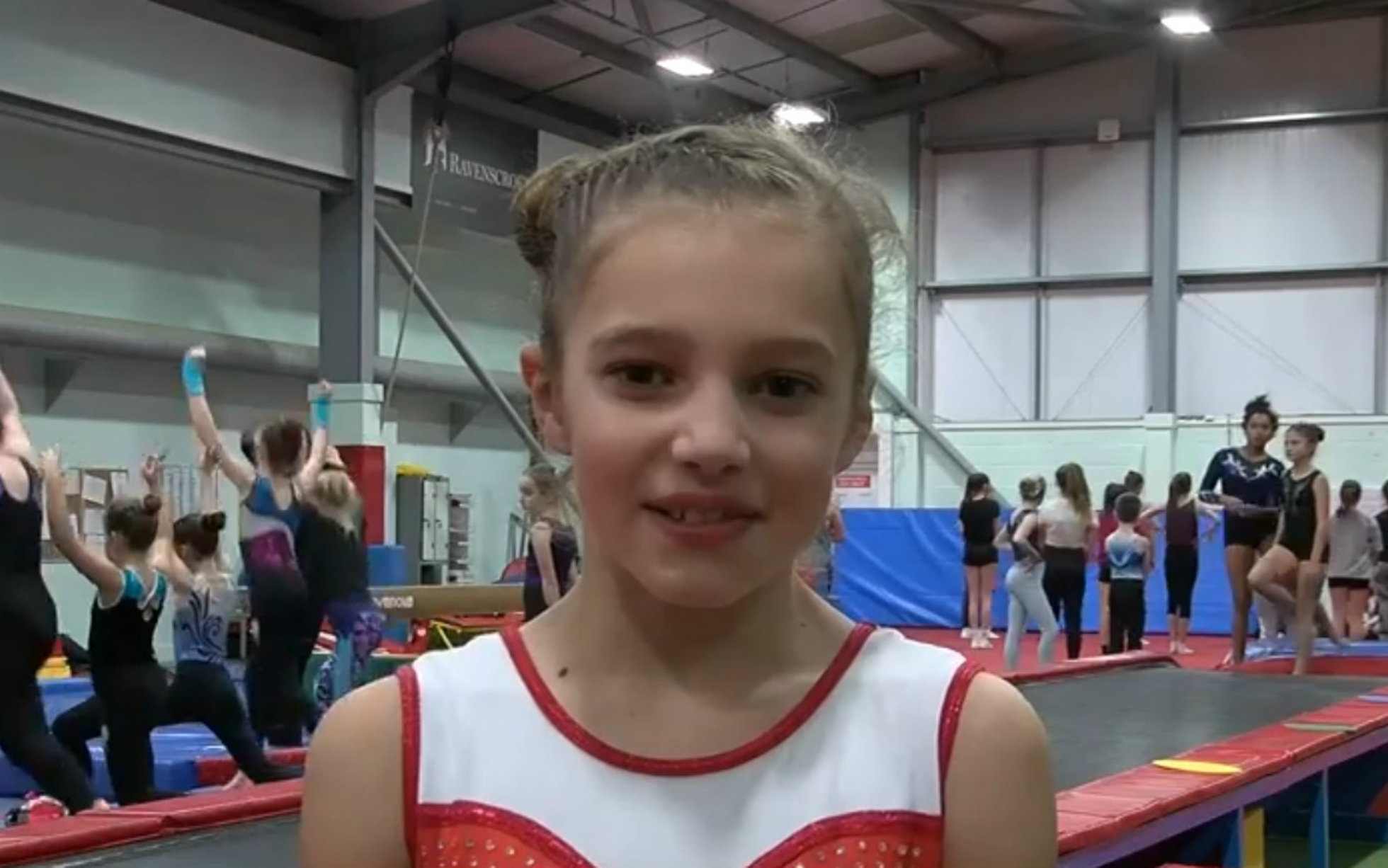 A deaf girl has overcome the odds to secure a place on a British gymnastics squad.

Sophia Eisenhuth, 10, from Chislehurst in south-east London, was born profoundly deaf and fitted with a cochlear implant at seven months old.

The inspirational schoolgirl, who says she “has never known what it was like not to be able to hear”, auditioned for the British Gymnastics tumbling foundation squad last year.

And just days before Christmas she received a letter telling her she had been accepted and was “so excited that she cried”.

Her mum Becky said: “This is exceptional for any 10-year-old, let alone one with a cochlear implant. We are all so proud and Sophia was so excited when she found out that she cried.”

Sophia, who started practising gymnastics as a toddler, will begin training camps for the British team this year.

The promising gymnast with Olympic aspirations cannot localise sound and struggles to hear in noisy environments, making it much harder for her than her peers.

Sophia was born profoundly deaf and fitted with a cochlear implant at seven months old – an electronic medical device that does the work of damaged parts of the inner ear.

Becky added: “Gymnastics is quite noisy so we have to make sure the coach is aware and looks at her when she is talking.

“She wears the cochlear implant on her head and has to be careful that it doesn’t go flying off.

“People ask all the time if it affects her balance which it doesn’t – that is a different part of the ear.”

Sophie has also defied the odds and excelled in modern dance despite fears her hearing loss would affect her musicality.

Last year, she won a number of awards, including two first place medals and a trophy for most promising junior dancer at a competition in Jersey.

Becky said: “I was so proud and her musicality was spot-on.

“In her last set of dance exams she got 10 out of 10 for her musicality and timing, it’s always the first section I check.”

Sophia can listen and speak at the same level as her hearing peers thanks to specialist therapy at Auditory Verbal UK.

She spent two years on the programme with the charity, which works with young deaf children and babies with hearing aids or cochlear implants to give them the same opportunities as typically hearing children.

Becky said: “As a family we are truly grateful for all Auditory Verbal UK did to help Sophia.

“I’m sure she wouldn’t be on this path if it wasn’t for all your hard work and dedication alongside your belief that these children should not be limited.”

A British Gymnastics spokesperson said they ‘aren’t aware of any other deaf gymnasts’ in any of their current current GB squads.

He added: “Sophia has made it to the Tumbling Foundation Squad – by being selected would indicate her potential and that she has been recognised by British Gymnastics for her ability.”