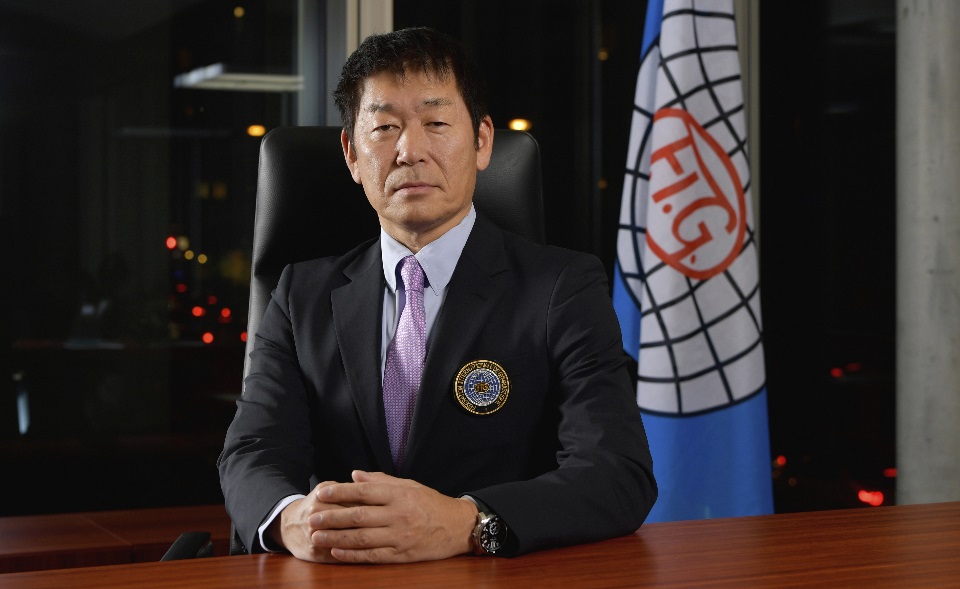 Ev’ryone can see we’re together
As we walk on by
(Hey) and we fly just like birds of a feather
I won’t tell no lie
(ALL!) all of the people around us they say
Can they be that close
Just let me state for the record
We’re giving love in a family dose

OK, so they are the lyrics to the Sister Sledge song We Are Family, but it is also the new slogan chosen by International Gymnastics Federation (FIG) President Morinari Watanabe for the gymnastics community this year.

This sentiment was part of Watanabe’s New Year’s message.

In his message, the head of the gymnastics governing body reflected on a difficult year for gymnastics, in particular the Larry Nassar sexual abuse scandal, and how some of the gymnasts found their voices in light of their ordeals.

He said: “We should not turn our eyes away from those gymnasts who are harassed.”

He went on to add that we “all should share the happiness. That is because we are family”.

In light of the events of 2018, the recent FIG Congress on Baku, Azerbaijain approved the creation of a Gymnastics Violence Prevention Foundation.

The Japanese official also asserted that the “gymnastics family” should recognise financially challenged countries, as well as the regions who lack “technical capacities”.

As things move forward, and with the qualification process for Tokyo 2020 in full swing, Watanabe added that the FIG should organise championships to provide “value for the spectators who buy the tickets”.

He said: “What is necessary for the development of Gymnastics is not simply the enjoyment of the Gymnastics family. The important thing is to inspire those who are not interested in Gymnastics and help their interest in our disciplines grow.”

“In the current era, sports cannot develop unless they evolve as entertainment,” Watanabe said.

“In that sense, each of our World Championships last year was an innovative event.”

Watanabe added that a “new wave of parkour athletes joined us” during 2018, with the FIG Congress approving parkour as an official new discipline.

He also celebrated the establishment of an Oceania continental union last year.

Meanwhile, Nicolas Buompane has officially assumed his role as the new Secretary General of the International Gymnastics Federation on 1 January 2019.

He had been serving as the deputy secretary general, before being nominated to this position by the FIG Executive Committee on the recommendation of Watanabe.