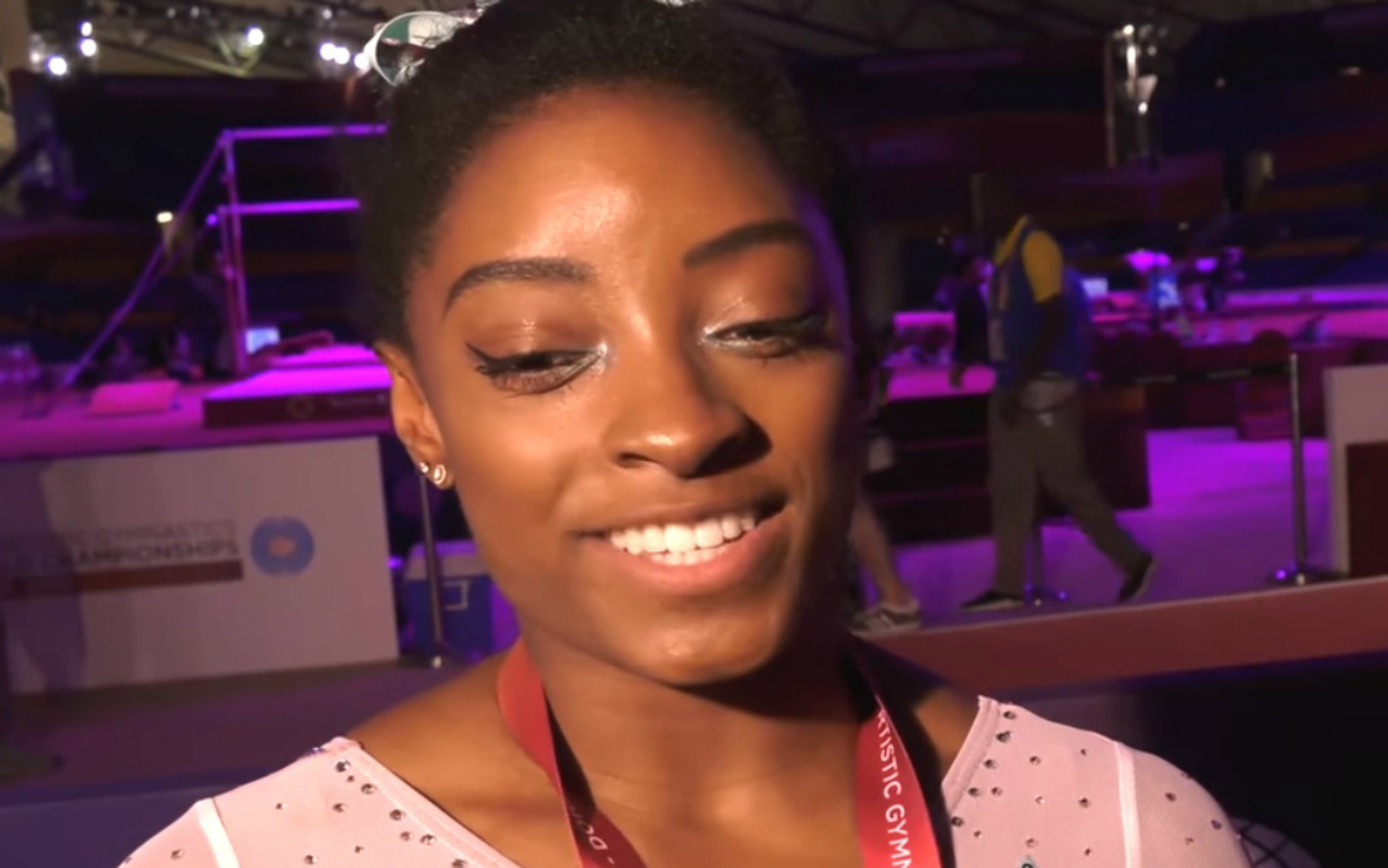 Nothing could stop Simone Biles from making history in Doha, not even a kidney stone.

The US gymnast did so by becoming the first female gymnast to win four all-around world titles with victory in Doha.

Such is Biles’ dominance of the sport she could afford a series of uncharacteristic mistakes on three of her four apparatus to win, with Japan’s Mai Murakami taking silver more than one and a half points behind, and the defending champion Morgan Hurd taking bronze.

Victory gave Biles her 12th world gold medal and her second of these Championships, with the possibility of four more to come in the individual apparatus finals.

But Biles was not entirely happy with her performance. She said: “I’m definitely more upset with myself than happy. It’s not who I am go out and bomb a meet like that.

“Even though I still won I wish it had been something different. It kind of sucks that I did so bad and still won. You have to earn it and I don’t think I earned it.”

Biles totalled 57.491, scoring lower than her qualification mark in all four of her routines, starting by sitting down on landing the vault that is named in her honour, and also falling from the beam and stepping out on floor.

Team-mate Morgan Hurd, the reigning world champion in Biles’ absence last year, also made a big mistake on beam, allowing Murakami to sneak in and take silver ahead.

Biles’ success was all the more remarkable given her admission to hospital on the eve of the championships, but she refused to use her continuing discomfort as any kind of excuse.

“If it had been a challenge for me I wouldn’t have competed at all, rather than blame it on the kidney stone,” Biles added.

“I think finals will definitely cheer me up because I get to redeem myself and show people who I really am.”

Great Britain’s Ellie Downie marked her return to competition after 18 months out due to injury by placing 11th with a total score of 54.233, which was an improvement on her scores across the board from qualifying.

For Downie it was a significant moment in her career, having impressed in winning the European all-around title in Romania in 2017 before sustaining a foot injury which required two surgeries.

Downie said: “All I can do is take confidence from that. I just wanted to go in and better all my scores today which I did.

“My start value on floor is still quite low and I can also improve on beam but I’ve been through two clean all-around competitions and this has definitely given me confidence looking ahead.”

Downie also paid tribute Biles, saying that she expected the American to continue to dominate her sport for as long as she chooses.

Downie said: “The fact she can fall twice and step out on floor is insane. Sharing the arena with Simone is always a privilege. She’s an absolutely incredible gymnast and I don’t think anyone will ever touch her until she quits.”

Max Whitlock: I take it as a compliment that people think I’ve failed this year