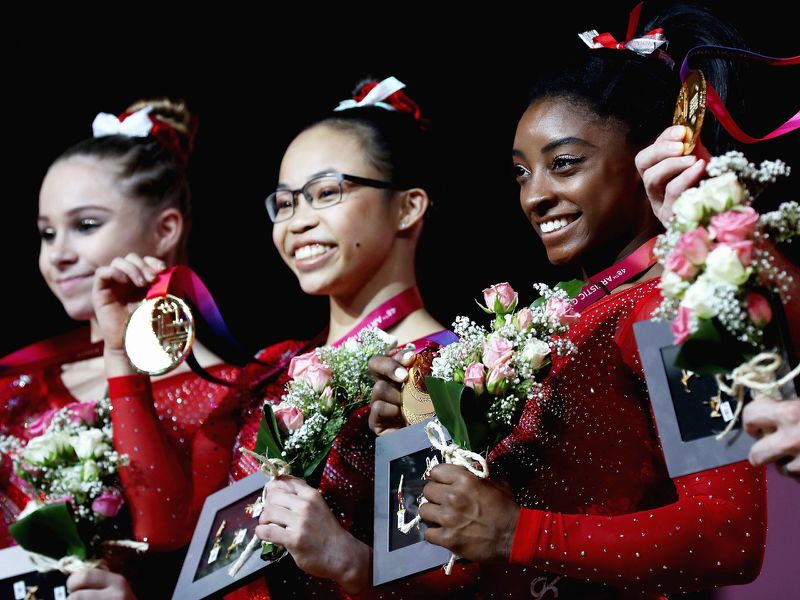 If you haven’t been sleeping under a rock the last couple of years, you have seen at least one of the hundreds of news stories swirling around the turmoil at the United States of America Gymnastics (USAG). That’s because two years ago 265 brave gymnasts came forward accusing the USAG national team physician, Larry Nassar, of sexual abuse that spanned over a decade. Dozens of his victims testified at his trial and several Olympic Champions such as Aly Raisman and McKayla Maroney made public statements about the case in the media.  To no one’s surprise, Nassar was convicted. His 60 years prison sentence began on December 7, 2017.

Since then, the USAG has struggled to move forward, heal and recover. The public and the gymnastics community held the leadership responsible.  Following Nassar’s conviction, embattled CEO Steve Penny resigned amid allegations of negligence. Millions in revenue was lost as corporate sponsors dropped their support. The national training center run by the US National coaching team Bella and Marta Kyrolyi, Kyrolyi Ranch, where Nassar repeatedly committed sexual abuse, closed after USAG cut ties. National coaches resigned and retired and numerous lawsuits were filed.

The US Olympic Committee stepped in to advise, hoping to help rebuild the organization. Among their requirements was a complete new Board of Directors structure, plus a whole new slate of Board Members.  Before placing the new Board, however, the old Board had hired a new CEO to replace Penny. They hired sports marketing executive Kerry Perry as the new CEO.

Nine months later, she was forced out.

Under Perry’s leadership, several missteps lead to her sudden resignation. The new Board hired a prestigious search firm to find a replacement CEO, but in the meantime the Board named an interim CEO. They hired attorney and ex-Congresswoman Mary Bono from California.

As soon as Bono’s position was announced, Olympic gymnasts Aly Raisman and Simone Biles pointed out that Bono’s former law firm had once represented Nassar. Biles also took issue with Bono’s Twitter account. Bono posted a tweet criticizing Nike, one of Bile’s sponsors, for their latest ad campaign featuring activist football quarterback Colin Kaepernick.  The new Board realized their mistake and Bono was out.

After all this, on October 17, 2018, former CEO Steve Penny was arrested on charges of tampering with evidence in the Nassar case. He entered a not guilty plea and awaits his trial in Texas.

The task to rebuild the USAG will be monumental. It will take a long time and require a lot of patience. However, gymnasts are resilient and show no sign of giving up. This week, American artistic gymnasts captured the Women’s Team title at the 2018 FIG World Gymnastics Championships in Doha, Qatar and members of the US National Trampoline team are boarding airplanes to fly to Saint Petersburg, Russia for the 2018 FIG World Trampoline Championships.

Meanwhile, the USAG still has no CEO.

One thought on “Shadow over USA Gymnastics”