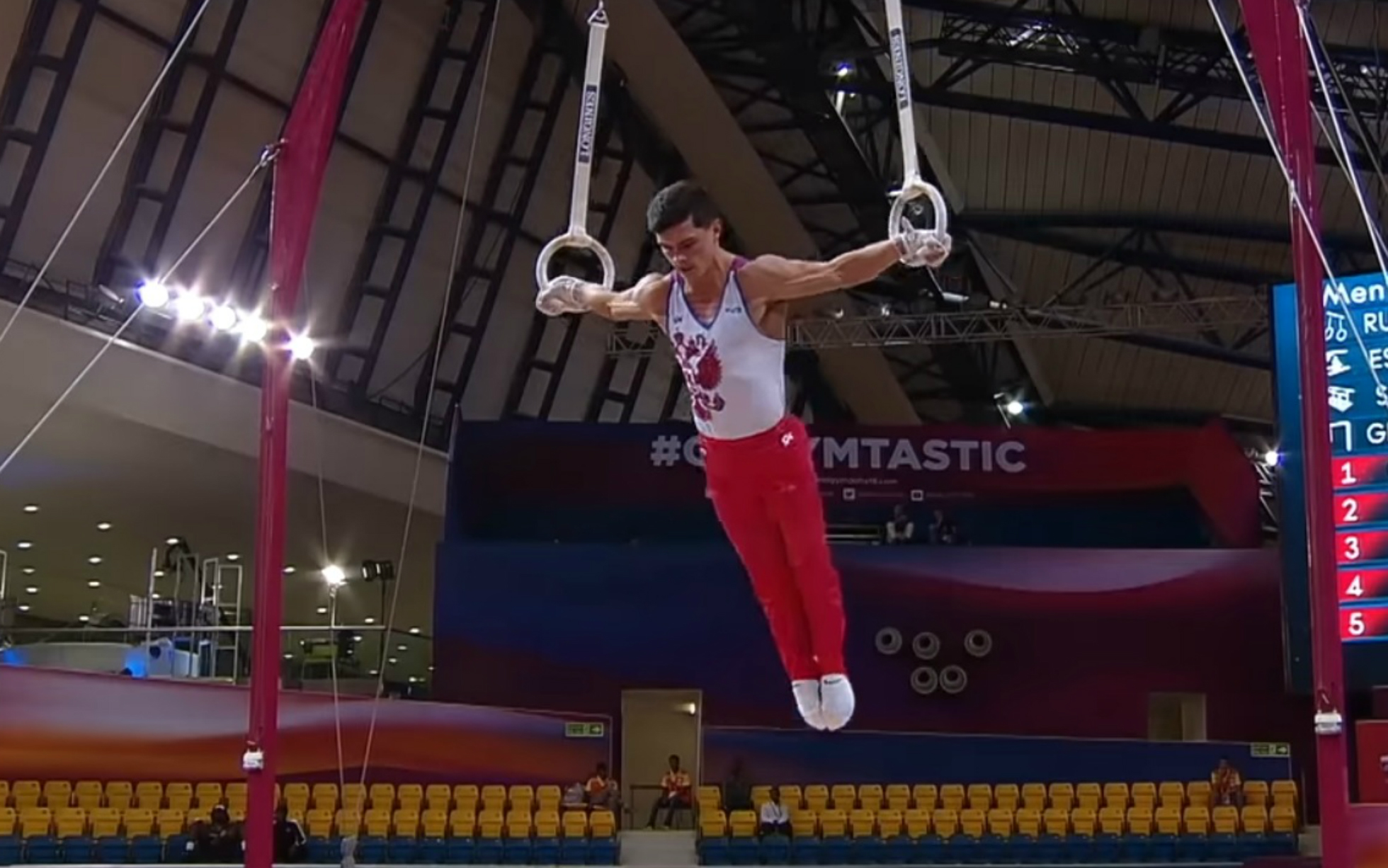 After faltering in the team final, Artur Dalaloyan of Russia redeemed himself to claim the men’s all-around title on an unprecedented tie-break at the World Gymnastics Championships in Doha.

Dalaloyan matched China’s defending champion Xiao Ruoteng on 87.598 at the conclusion of their six routines, but the 22-year-old Russian took the title by virtue of having eclipsed his rival over their top five highest scoring elements.

It was also the day that Great Britain’s James Hall announced his arrival on the world stage.

While never threatening to enter the medal mix, Hall equalled or upgraded four of his six scores from qualifying to total 84.298 and secure an eighth place finish which gives him genuine hope of emerging as a medal contender for Tokyo 2020.

Hall said: “It’s crazy. I’ve dreamed of being in a world final since I was a little boy, let alone a top 10 finish. Now I can push on from here and believe that anything is possible.”

Hall, 23, who won all-around silver at the 2017 European Championships, said he relished being known as the “Steady Eddie” of the British team but his challenge now is to push on and challenge those above him.

“I always knew it was possible to crack the top 10 but when you get out there and see those two incredible Russians, plus the Chinese and the Japanese, it starts to add up.

“I told myself I’d go out and leave everything out there and that’s what I did. There’s seven guys above me in the world and it’s up to me to try to chase them. If I keep going in this direction the only thing I am going to do is climb.”

It was a more difficult final for Hall’s Great Britain team-mate Brinn Bevan, a late replacement for the team after the late withdrawal of Nile Wilson, who finished in 18th place.

Bevan fell from both pommel and high bar and also made a mistake on vault, but said he would learn from his mistakes and come back to join Hall in the push towards Tokyo.

“I’m not too disappointed with how it went out there,” said Bevan.

“I was called up very late and I made the world final. I’ve got so much I can learn from this whole experience and it is going to be very valuable going forward.”

The battle for medals came down to the expected high bar finale, with Dalaloyan going into the last piece of apparatus with a 0.067 lead over Xiao, with American Samuel Mikulak in third.

However, the Chinese star failed to beat the required total by the narrowest of margins, leading to a short period of confusion before Dalaloyan’s name came up at the top of the scoreboard.