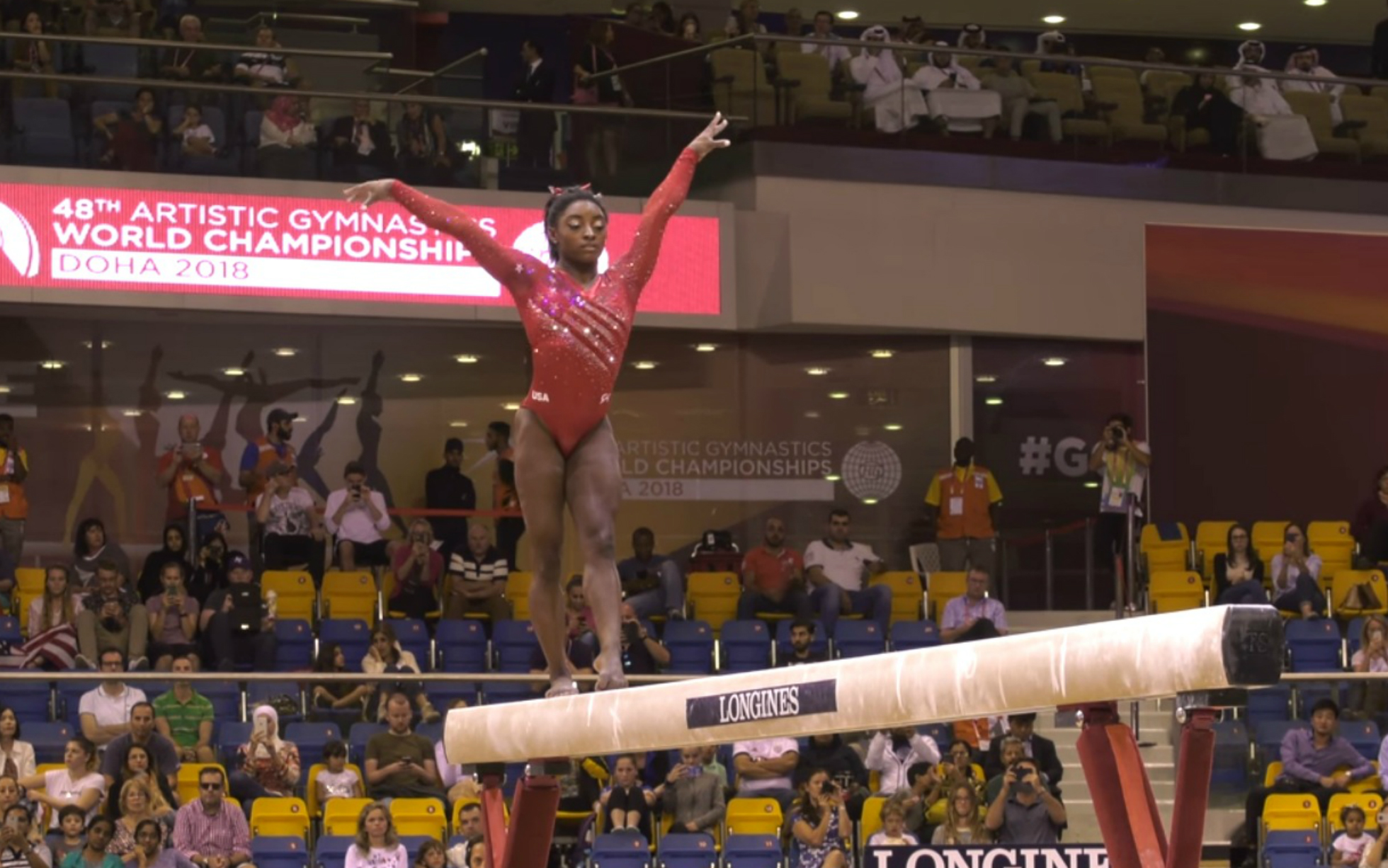 Simone Biles battled through the pain barrier to help the United States win the world team title at the World Gymnastics Championships in Doha and earn her 11th career gold medal in the competition.

The 21-year-old, who has been suffering from a kidney stone since being rushed to hospital in the Qatari capital, was not her usual dominant self but it barely mattered such is the evident gulf in class.

The US team, also including the reigning world all-around champion Morgan Hurd, won the title by almost 10 points, scoring 171.269 over Russia’s 162.863 for silver, with China taking bronze.

Biles almost fell from beam, on which she was out-pointed by her team-mate Kara Eaker, and stepped out on floor, while she resisted the temptation to take a risk with her new ‘Biles’ vault which had top-scored in qualifying.

Biles said: “I still feel pretty good – I’m in a little bit of pain but it’s nothing I can’t manage and I haven’t had to do anything differently apart from missing one training session.

“There was no point in me doing it (the ‘Biles’) tonight, just to be safe, and we’ve had some pretty good vault scores. We’ll talk later about what we’ll do when it comes to the vault finals.”

Biles could make history when she returns to action in the women’s all-around competition, where victory would make her the first woman to win five world all-around titles.

She could also end these championships by overhauling Vitaly Scherbo’s tally of 12 to win the most world titles of any man of woman, and match Svetlana Khorkina’s career record of 20 world medals of any colour.

While Biles has shrugged off any talk of such feats, it seems almost inconceivable she will not win at least four more, with the biggest question mark over her least favourite event, the uneven bars.

Hurd, who claimed gold at World Championships in Montreal last year during Biles’ 18-month absence from the sport, appears to have already conceded that her reign is coming to an end.

“I’m competing against the greatest of all-time, so I’m not really thinking about that,” said Hurd, who will nevertheless expect to join her good friend and team-mate on the podium.

Defending champion Xiao Ruoteng of China is expected to retain his men’s all-around title in the final, in which Brinn Bevan and James Hall compete for Great Britain.