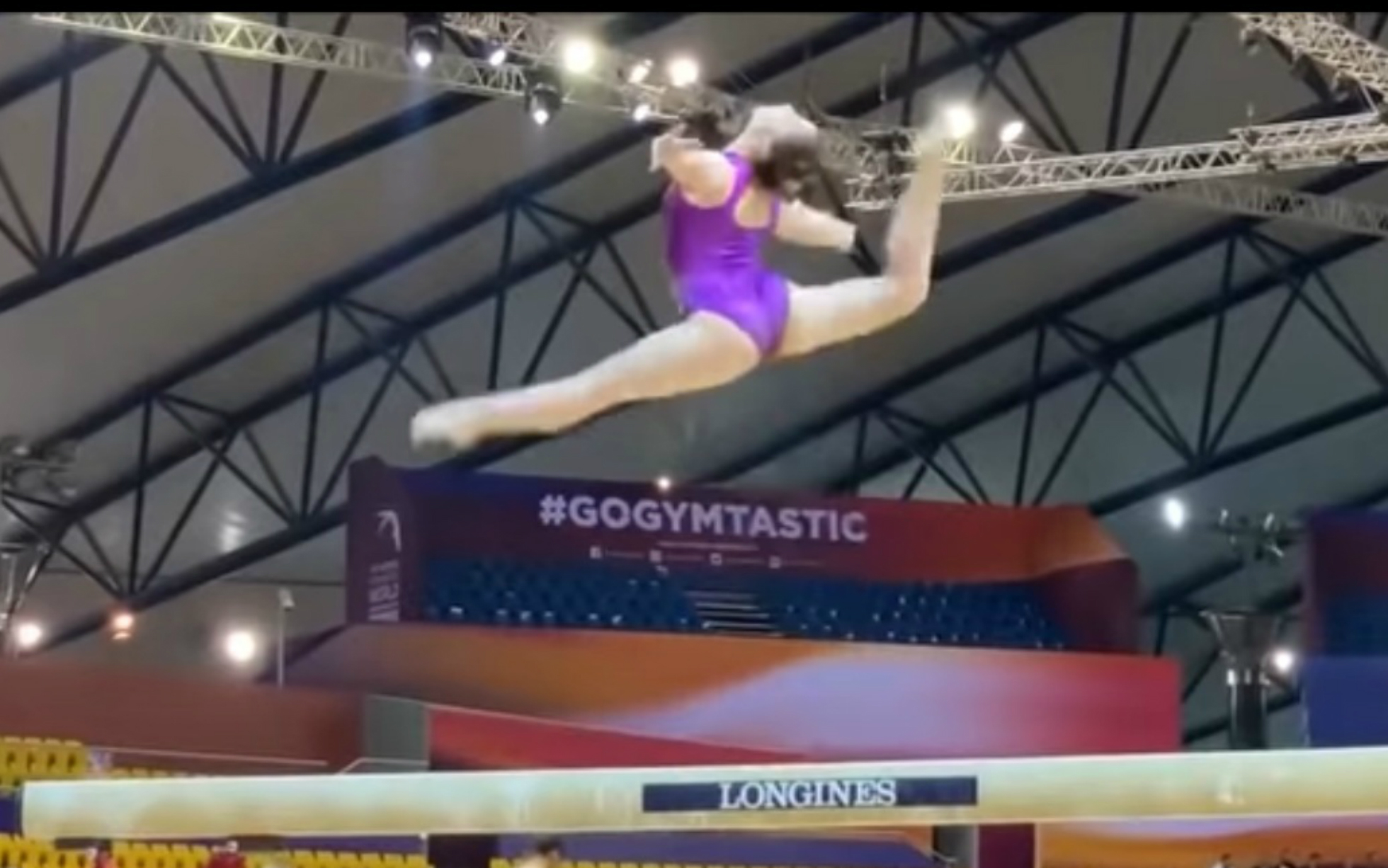 Aliya Mustafina understands she didn’t have to come back. Nobody would have blamed the Russian star gymnast for calling it a career after the birth of her child Alisa in the spring of 2017.

The demands of pregnancy and motherhood typically don’t play nice with the demands of being a world-class gymnast, particularly one as decorated as Mustafina, a seven-time Olympic medalist and 2010 world all-around champion. That’s one of the reasons the 24-year-old was intent on doing it anyway.

Her message: You shouldn’t have to choose between two loves.

“When you become a mother, your life doesn’t end,” Mustafina said after guiding a young Russian team to second place in qualifying at the 2018 world championships. “If there’s a thing you can do that gives you pleasure, you do it.”

Particularly if you can do it as dramatically – and occasionally spectacularly – as Mustafina.

Anchoring the Russians on uneven bars, floor exercise and balance beam, Mustafina restored a bit of order to qualifying on a day the Canadians rose to a surprising fourth, while Britain, considered an emerging power two years ago after finishing fifth at the 2016 Olympics, failed to make the eight-team final.

“I’m very happy,” Mustafina said. “I was missing the emotions, the equipment, the girls, everything.”

It showed. Sixteen months removed from bringing Alisa into the world, Mustafina was back in her familiar spot as the foundation around which the Russian team is built. She’s helping 18-year-old Angelina Melnikova, 16-year-olds Irina Alekseeva and Angelina Simakova, and 21-year-old Lilia Akhaimova find their footing on the world stage.

“She’ll kind of lead everybody, tell everybody, ‘Calm down, it’s OK,'” said Alekseeva, who earned a spot in the all-around final after being 12th in qualifying. “Sometimes we’ll be doing routines and she’ll just be talking about it. She knows we’re new, but she’s done it so many times.”

Not too many, however, that the novelty has worn off. If anything, becoming a parent helped Mustafina realize how deeply she and a sport she’s helped define have become so intertwined.

“It’s my passion and it makes me feel better all the time,” Mustafina said.

Russia edged ahead of China for second in qualifying, though its team score of 165.497 was nearly nine points behind the Americans. Such is the dominance the U.S. has over the rest of the world at the moment that the gap between first and second (8.932) was greater than the gap between Russia and 12th-place Italy (8.667).

While the Americans, reigning Olympic champions, are heavy favorites to continue a winning streak that dates back to the 2011 world championships, there is a mad scramble behind them.

It’s a mix that now includes Canada. A year after Ellie Black finished second in the all-around on home turf in Montreal, the Canadians surged past Japan, Brazil, France and Germany to crack the top four.

“We’ve had a lot of girls working really hard doing a great job of pushing the limits of Canadian gymnastics,” Black said. “So now we’re having a bigger pool to choose from and I think that’s great for our team.”

Some teams have taken on a decidedly American flavor in hopes of making inroads on the United States’ dominance.

Alekseeva was born in Moscow but moved to the US when she was in elementary school, training in Dallas. She was a rising star as a junior, winning the all-around title at US Classic in 2016, a meet in which 2017 world champion Morgan Hurd finished fifth and current world team member Riley McCusker came in ninth.

An inability to obtain US citizenship forced Alekseeva to change course. When Russian officials asked her if she wanted to come home, she jumped at the opportunity. Now she’ll find herself competing as a Russian against several American women she thought would one day be her teammates.

She’s not too worried about it getting awkward.

“I’ve talked to some of the girls like over social media and stuff and they’re all nice and supportive, both the Russians and the Americans, so I think we’ll be fine,” Alekseeva said.

China’s national team coach is Liang Chow, who helped 2012 Olympic champion Gabby Douglas and four-time Olympic medalist Shawn Johnson soar to glory. The hiring was a homecoming of sorts for Chow, who competed internationally for China before moving to the U.S. and starting a wildly successful gym in Iowa.

Chow’s challenge is reviving a program that while still elite has slipped over the last decade.

“You know, after 2008, their performances are going down,” Chow said. “I think it’s good for me to help out a little bit.”

Valeri Liukin is trying to do the same for Brazil, which offered him a job not long after he stepped down as the US national team coordinator in January, less than 18 months after being hired as Martha Karolyi’s replacement.

Liukin, the father of 2008 Olympic champion Nastia Liukin, declined to talk about if he had second thoughts about his decision to step away. He’ll lead the Brazilians onto the floor against an American powerhouse he helped developed.

“It’s very different,” Liukin said. “It feels very weird to me, too. It’s not easy. But like I said, I love the sport of gymnastics. This is my life. No matter what happens, I will do this.”

Senegal picked as first African host to Youth Olympics in 2022