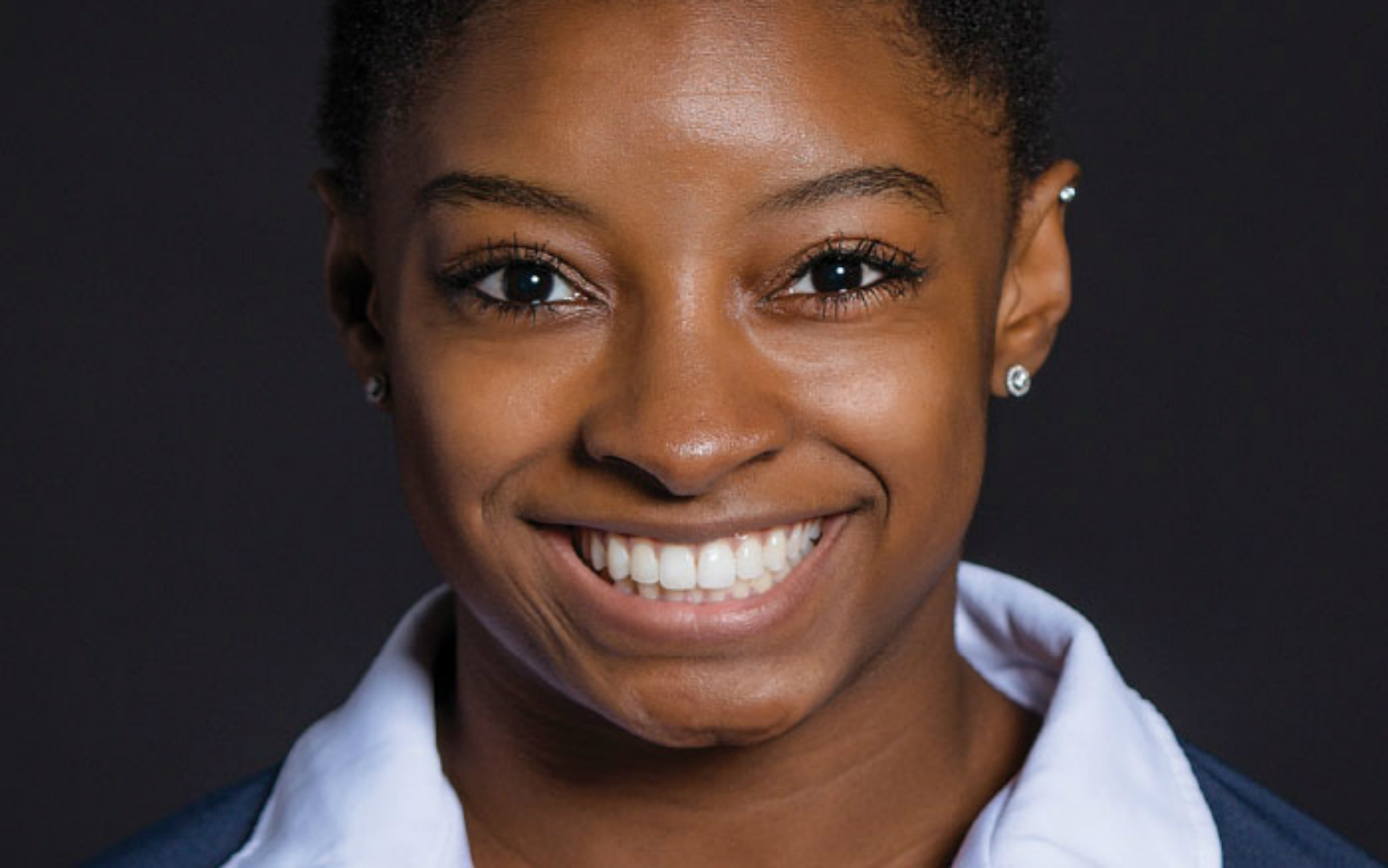 Simone Biles wants to get this out of the way first. She didn’t return to gymnastics to appease anyone. Not her sponsors. Not her family. And not the organisation she represents.

This “comeback” – a word the Olympic champion isn’t really a fan of – is about curiosity and self-respect. To see how far she can go. What boundaries she can push. How good she really is. That’s all.

The rest of it – from her burgeoning stardom that’s made going to the mall difficult without friends as a buffer, to her unique and increasingly vocal critiques of USA Gymnastics as it tries to plot a way forward amid the fallout of the Larry Nassar sexual abuse scandal – is just details.

The 21-year-old insists what she is doing is no big deal. New coach Laurent Landi throws down a challenge and she gives it a shot. She sees something amiss at USA Gymnastics and speaks up, whether it’s the about maddening silence of former president and CEO Kerry Perry or the baffling, botched and brief hiring of former US Representative Mary Bono as Perry’s interim replacement.

Asked if she’s aware of the significant influence she wields within her sport as she prepares for a return to the world championships in Doha, Qatar, Biles is matter-of-fact. The three-time world all-around champion and 14-time world championship medalist won’t hesitate to let her feelings be known “as long as it’s in a positive manner”.

Some days, it’s telling Perry to start talking publicly because “that’s her job”. Others it’s calling out Bono on Twitter for marking over the Nike swoosh on her golf shoes, Bono’s way of protesting Nike’s decision to have former NFL quarterback Colin Kaepernick serve as the centerpiece of an ad campaign. Still others, it’s wearing a teal leotard – as she did during the finals of the US Championships – as a tribute to survivors of sexual abuse, herself included.

Biles acknowledged in January she was among the hundreds of women who say they were abused by Nassar, a former team doctor at USA Gymnastics now serving up to 175 years in prison for molesting women and girls and possessing child pornography. She remains in treatment as part of her recovery. One of the byproducts is becoming more comfortable in her own skin, a maturity that’s allowed her to embrace her role as an agent of change, albeit in her own unique style.

When Biles has something to say, she does it with a “real talk” bluntness that eschews volume and anger for something quieter and more direct.

“She relays her message in my opinion in a subtle way,” her mother, Nellie Biles, said. “It’s strong but it’s subtle. But she still knows whatever message she puts out there, everyone gets it.”

Biles simply wants USA Gymnastics “to speak up, take ownership and do what’s right” as it tries to dig itself out of the Nassar mess. The organisation’s rocky two years since Nassar’s first victims came forward have included a massive overhaul among its national staff and dozens of changes in response to an independent investigation.

And while that’s all fine, Biles wonders if USA Gymnastics is now bending too far the other way. The new regulations require athletes attending national team camps to be escorted by a chaperone. Biles traveled by herself while flying from Houston to Bradenton earlier this month.

While she understands the need for a culture change, she also thinks the young team she will lead on to the floor at Aspire Academy on Saturday under the guidance of new high performance coordinator Tom Forster could sometimes use a not-so gentle nudge in the right direction.

“In reality I think there does need to be somebody to be tough on them so we can do what we need to do,” Biles said. “Not abusive or anything, but someone people are kind of afraid of in a good way.”

Here’s the thing though: the one person the team may be afraid of, at least in some small way, is Biles. She is the lone holdover from the team that dominated the 2016 Olympics, winning nearly half of the medals available. Her four gold medals and five overall tied records. Now she finds herself calling girls who have long looked up to her teammates.

The process is already underway. The Americans have been in Qatar for the better part of a week, with Biles standing side by side (and sometimes arm in arm ) with 2017 world champion Morgan Hurd, 2016 Olympic alternate and 2017 national champion Ragan Smith, Riley McCusker, Grace McCallum and Kara Eaker.

As much as she understands her talent sets her apart, Biles also just wants to feel included.

“She has no idea about the perception of others when it comes to her,” her mother says. “Her perception is that she’s Simone and that means nothing because she’s just Simone.”

Even if that’s not how others see her, particularly when Biles competes. She’s not the first Olympic champion to make another run at glory. She is among the small group not intent on simply holding on to their previous form but building on it instead. How else to describe the vault she unveiled earlier this month.

The vault – a roundoff, half-twist onto the table, front double full off – requires Biles to land blind. It’s a skill typically only done by men. No matter. She drilled it anyway, though she’s keeping it out of her world championship set as a precaution due to warm-up limits.

“That was crazy,” said 2017 men’s national champion Yul Moldauer. “I’m embarrassed to do floor and vault after something like that. … You see Simone do that and she’s smiling the whole time. How does she do that?”

And Biles did it despite nursing injured toes on both feet that occasionally make it difficult to walk.

Biles is also vastly improved on uneven bars, an event she admits she dreaded at times earlier in her career, when she would swing a couple of times and then say simply “this isn’t happening today.”

That’s changed thanks in large part to Landi, who took over as her coach last fall and who has a knack for breaking down skills in a way that makes it easier for his star student to digest.

“I realized I kind of can’t get out of bars and I might be put in the lineup,” Biles said. “So I guess I’ve learned to hate it less.”

And respect her own potential more. Biles’ plan in the run-up to the 2016 Olympics was based on trying to maximize the code of points and do what was necessary to win. Now she does as she pleases. Her routines are designed not so much to win – though her degree of difficulty assures she’s a heavy favorite in Qatar – as much as they are to keep her engaged and see how high she can go.

“The fact that she can say, ‘I haven’t maximized my potential and I want to do that,’ I think that speaks volumes,” Nellie Biles said. “Simone doesn’t just … talk the talk. She walks that.”