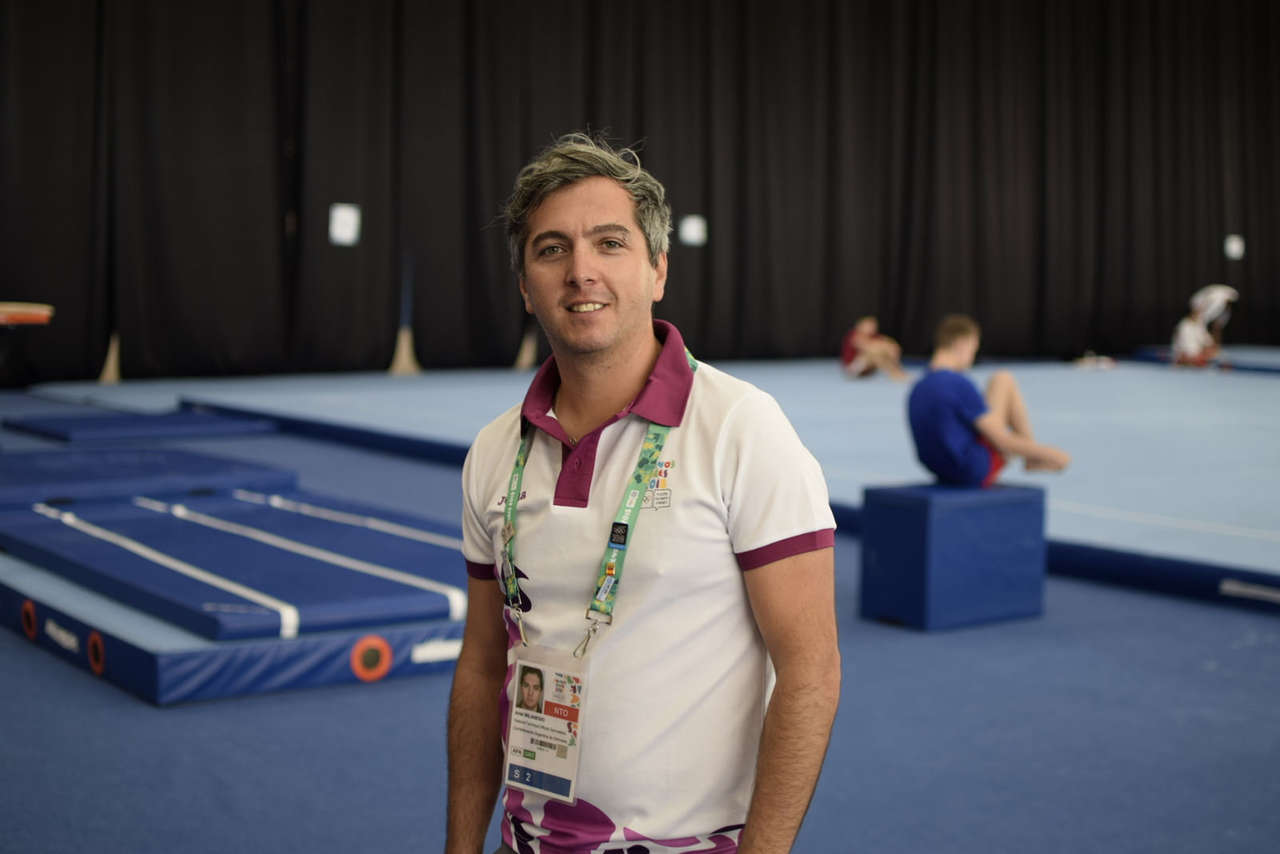 Ariel Milanesio is the only Argentine international judge in rhythmic gymnastics at Buenos Aires 2018. He has been living in Germany for the past 13 years, but now he is back in his home country to work at the Youth Olympic Games

Rhythmic gymnastics is one of the few disciplines at the Olympic Games that only have female participants. But this does not deter sports judge Ariel Milanesio who has been fascinated with rhythmic gymnastics since childhood, thanks to his sister.

“She practised it at the Martin Fierro Municipal Sports Centre and that’s where it all began. I was interested in the sport and I started to get into it from a technical point of view,” Milanesio said.

Unable to practise himself, Milanesio got knowledgeable about rhythmic gymnastics by helping the coach at his sister’s training centre, and later studied physical education.

“I worked at a sports development school where I coached a big group of girls, and then moved on to a club where I trained gymnasts from Argentina’s national team,” he said.

Milanesio then decided to become a national judge, and in 2005 he was granted a scholarship and went to try his luck in Europe. He ended up staying there.

“I’ve been living in Germany for the past 13 years,” said Milanesio, who is part of the coaching staff at the TSV Bayer 04 Leverkusen sports club.

Now he is working as a secretary in the rhythmic gymnastics event at the third summer edition of the Youth Olympic Games.

Milanesio believes he has something to contribute to Buenos Aires 2018. “I want to bring to Argentina what I learned in my experiences in other countries,” he said. “I could not miss this, it’s something incredible. I feel happy and proud. This is my home.”