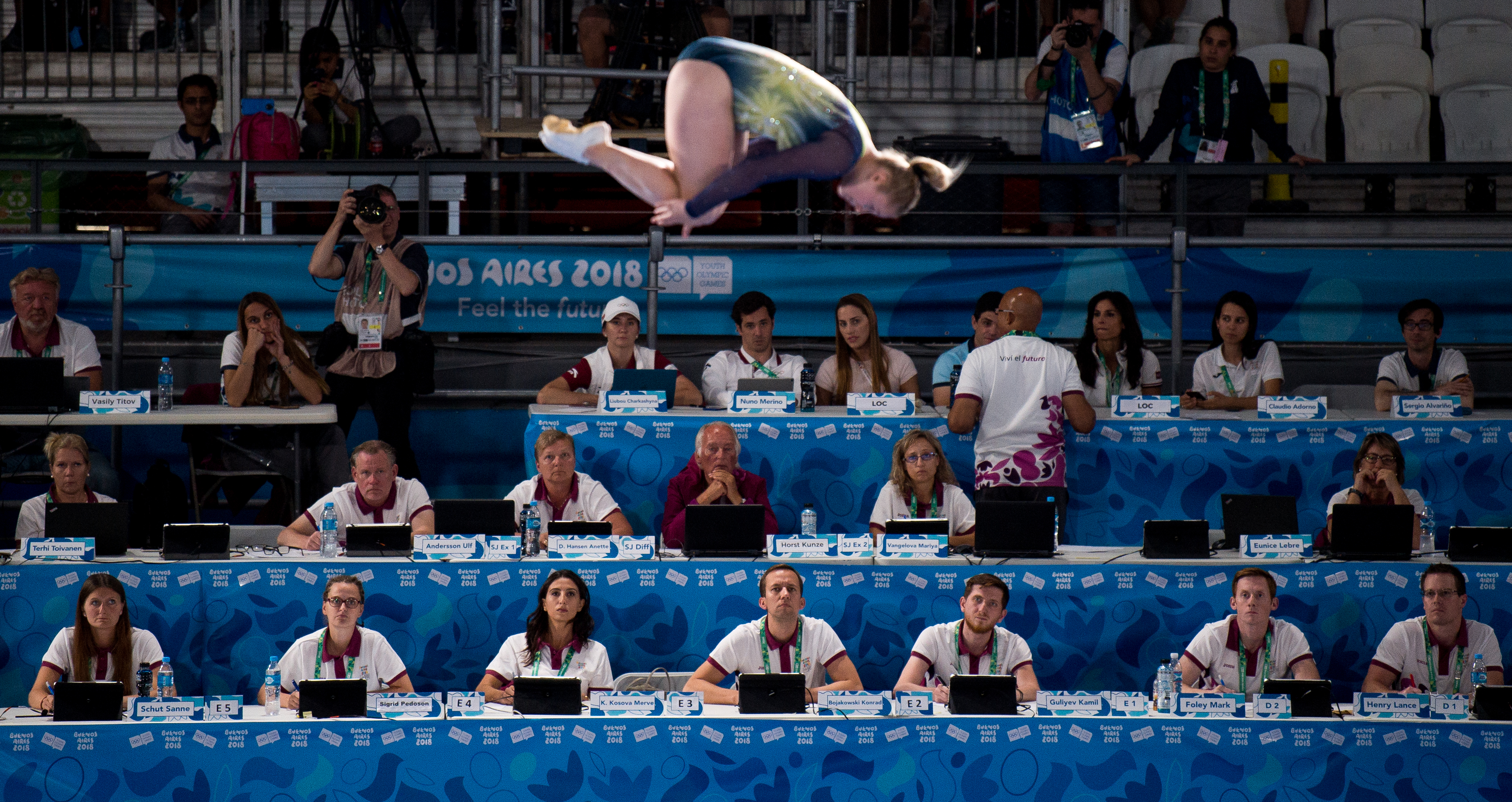 Australian trampolinist dances her way to a silver, while the Chinese dominate with two victories in the men’s and women’s events

It was perfect timing when the DJ at the American Pavilion started playing pop star Taylor Swift’s Shake it Off prior to Jessica Pickering’s turn on the trampoline in the event finals.

The Australian needed to dance and Swift’s song could not have been more appropriate.

“I still had to wait a little while before competing, so I thought I’d just dance a bit,” said Pickering, who shimmied, shook and jumped around the competition floor moments before her final routine.

“The song they played, Shake it Off, was a bit related to my nerves. I really had to shake it all off, because I was really nervous.”

Pickering’s boogey-beat did the trick to ease her jitters as she landed on the podium in second position.

“To have a silver medal around my neck is absolutely fantastic,” she said.

Pickering was “super stoked” to make the finals and did not even expect to win a medal, admitting that she struggled to hold her nerves right before executing her first big move in the routine.

“It was a good decision because I was less shaky and my routine was super strong.”

Afterwards, she bounced over to the kiss-and-cry corner, waving and smiling to the camera, while waiting for her score. She sprung up when she saw the result coming through – her 51.645 points had just propelled her to the gold-medal position.

It did not take long before the gold turned to silver for Pickering, as China’s Fan Xinyi scored 52.560 points to take the top spot. Russia’s Vera Beliankina scored a 51.435 to take the bronze.

Fan’s victory was China’s third gold medal in the women’s trampoline event in a Youth Olympic Games after Dong Yu in 2010 and Zhu Xueying in 2014.

“There is no secret formula for trampoline gymnastics in China. It all comes down to very hard work and dedication and love for the sport. Today I showed what I can do and that led to a gold medal. I am very happy with that result,” she said.

Even though the trampolinists have finished their competition at Buenos Aires 2018, they are already thinking about the next step: the 2018 Gymnastics Trampoline World Championships in Russia in November.

“The men have definitely impressed me here and I am sure we will see them on some of their national teams for the trampoline world championships,” said Athlete representative Nuno Merino (POR). “On the women’s side the level is also high, but I feel there is a bigger gap between the top woman and the one that finished last at Buenos Aires.”