Skip to content
You are here
Home > Gymnastics > Buenos Aires 2018: ‘My dream is not a dream any more,’ says Diogo Soares 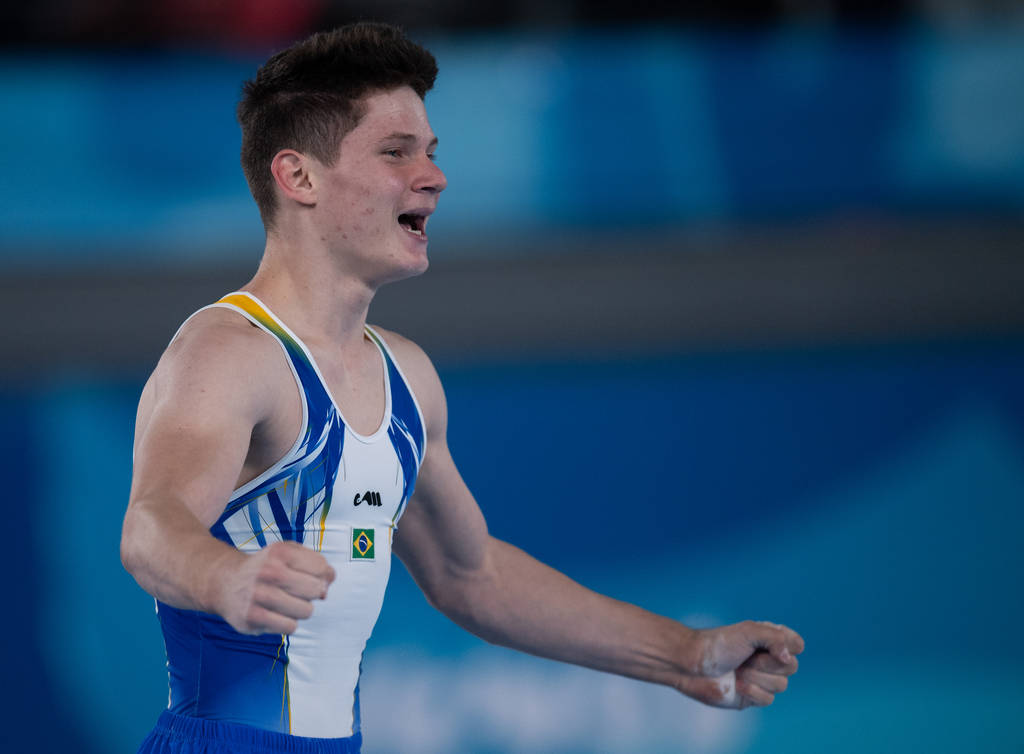 Brazil’s Diogo Soares won the bronze medal in the men’s artistic gymnastics all-around final and his success came as such a surprise that it took several media interviews for him to absorb it.

“The more interviews I give, the more I realise that I have won a bronze medal here,” Soares, 16, said.

“My dream is not a dream any more. It actually came true. I have done everything to win this medal.

“All the times that I have suffered so much went through my mind during the competition. Now I don’t even think about those times any more just because I have this bronze medal around my neck.

“During the competition I never looked at the scoreboard, nor at (the) others. I just focused on what I had trained for. It is incredible that this dream came true.”

Soares competed well on each of the six apparatus to finish 0.134 points ahead of Brandon Briones (USA) in fourth place.

Kitazono, meanwhile, clinched gold ahead of Naidin, and became the second Japanese gymnast to win the men’s all-around at the Youth Olympic Games, following Yuya Kamoto’s victory at Singapore in 2010.

“I am really happy to have done what I expected to do,” said Kitazono, who was also part of the Japan team that won gold at the Junior Asian Championships in Kazakhstan in 2017.

“To be honest, it is a relief as well. It’s great to have won this medal and I hope to add some more after the apparatus finals.”

Yin Dehang (CHN), who had qualified for the final in third place, sat down during his very first tumble in the floor exercise and failed to make up for it, finishing in seventh place.

Iran’s Reza Bohloulzade Hajlari, who finished in 13th place, became the first man from his nation to qualify for a YOG all-around final, which featured gymnasts competing for the medals in two subdivisions, of eight and 10 gymnasts

The format enabled Bohloulzade Hajlari, competing in subdivision 1, to watch many of his competitors closely. “Only the top 18 made it to this final and to be among the top 18 is incredible for me,” the 17-year-old Iranian said.

“To have competed in this final was a great experience. Because we were not competing at the same time, I was able to follow the exciting competition for the medals as well, which was cool.”