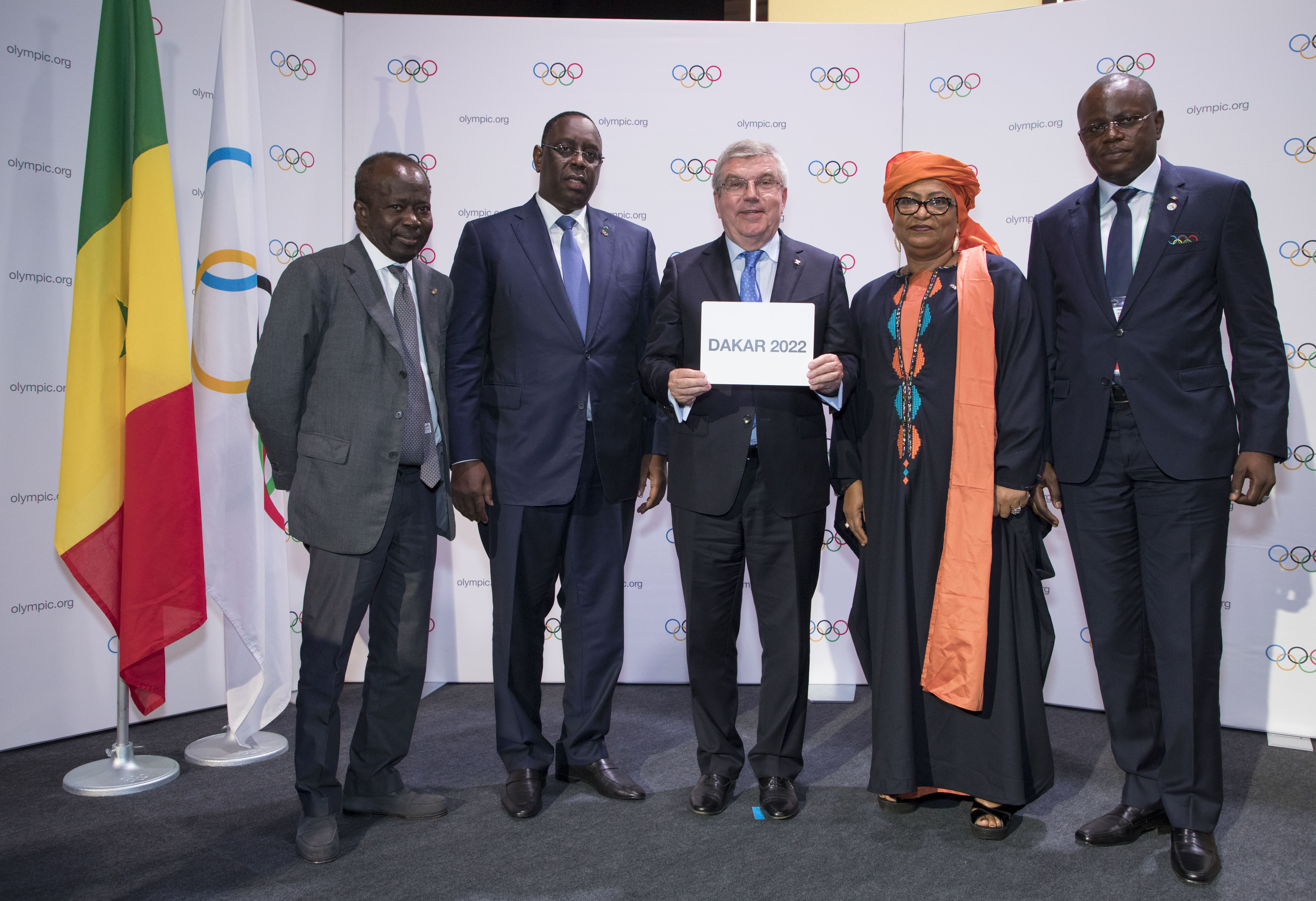 The International Olympic Committee (IOC) membership unanimously approved Dakar to be the host city during the IOC Session in Buenos Aires.

Senegal will host the youth games in three places: Dakar; a new city of Diamniadio, close to the capital; and the coastal resort of Saly.

Sall said a 50,000-seat Olympic Stadium will be built for the government-backed project.

The games budget is estimated at $150 million, the IOC executive director of Olympic Games, Christophe Dubi, said at a news conference.

Senegal’s games are likely to be held in late May. This would be at the end of the dry season to “greatly reduce the prevalence of tropical diseases,” IOC vice president Ugur Erdener told the membership.

Erdener pointed to Senegal’s “booming economy” and better conditions than the other bidders from Botswana, Nigeria and Tunisia.

The construction project includes a rail link and an athletes village which will become university accommodation.

“It is not required to have a detailed budget at this stage,” Erdener said, though noting that Senegal’s government has “full understanding of the magnitude” of its task.

One IOC member from Africa said the whole continent would share the responsibility of its first Olympics, comparing it to soccer’s 2010 World Cup in South Africa.

“In Africa, when a family organizes a party all the neighbors chip in and they help organising the event,” said Lydia Nsekera of Burundi, who also sits on FIFA’s ruling council, responding to a fellow IOC member’s question about Senegal’s economic indicators.

“It doesn’t matter, everyone will be there to help President Macky Sall organize and stage these games.”

Nsekera is a candidate to lead the African group of national Olympic bodies, ANOCA, in an election next month.

The 2022 decision was taken at a two-day IOC meeting on the sidelines of the Buenos Aires Youth Olympics.

In reports by past and future Olympic organising committees about their work, the Pyeongchang Winter Games reported an operating profit of $55 million.

The IOC executive board has agreed to give its share of the surplus to sports in South Korea.

Three Pyeongchang venues still lack a long-term plan for use, including two skating arenas and the Alpine skiing downhill course. The slope at Jeongseon was promised to be replanted with trees and restored as a forest.

“This obviously has always been a concern,” Dubi said of the legacy planning. “It has been the case for many months and it will continue to be the case.”

Organisers of the 2024 Paris Olympics said they hope to propose new sports for its medal program to the IOC “early next year.”