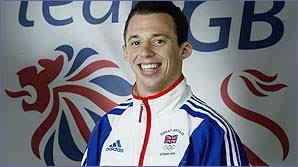 Athens 2004 Olympian Gary Smith has been appointed as the National Coach for trampoline, British Gymnastics has announced.
Smith, who was most recently a coach with Cirque du Soleil, brings his extensive experience of being and gymnast and a coach to Great Britain’s trampoline programme.

Discussing his appointment, Smith said: “I am excited and honoured to be a part of British Gymnastics again and am looking forward to getting back to the sport that gave me so much.”

His coaching career has included being head coach at Jumpers in Gillingham, as well as gaining extensive experience in a variety of roles across the world with Cirque du Soleil.

“Gary brings a wealth of experience to the programme, not only from an athlete perspective, being one of Great Britain’s most successful male trampoline gymnasts but also as a coach, where most recently Gary has worked with Cirque du Soleil in the US.

“I am confident Gary will make an immediate impact to the programme as we move towards the start of qualification for the Tokyo Games.”